Cybercrime and Dark Web Research / AlphaBay’s Return: A slow-burning masterpiece, or a flash in the pan?

AlphaBay’s Return: A slow-burning masterpiece, or a flash in the pan? 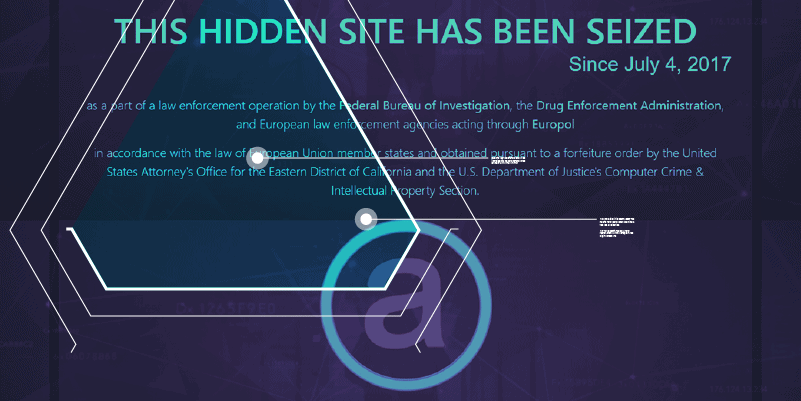 A few months back, we wrote about how AlphaBay, the infamous dark web marketplace, has returned. For those who missed the history lesson, the original AlphaBay was closed down in 2017 following a joint law enforcement operation, which resulted in the arrest of one of the marketplace’s founding members, Alexandre Cazes (AKA “alpha02”). However, another co-founder, “DeSnake,” eluded the grasp of the authorities at the time.

(Go ahead, sing it like Mark Morrison. You’re welcome.)

In a dramatic twist, DeSnake emerged in August 2021 and announced the resurgence of AlphaBay, purportedly verified as the one true DeSnake with a PGP key as proof. DeSnake claimed in the PGP signed message that the dark web marketplace was lacking in quality and professionalism and that AlphaBay needed a worthy legacy. And though the marketplace looks like the original, some big promises have come attached. AlphaBay touts a new defense system: “AlphaGuard.” This process, reportedly developed from the ground-up, purportedly ensures that users can withdraw funds and settle disputes, even if all servers hosting AlphaBay were seized. The site has been rebuilt with allegedly new code; according to the site’s FAQ, “not a single line of code or code logic has been reused since the 2014-2017 period”. These are only part of a complete remodeling, with bulletproof hosting, improved physical security measures, and, crucially, a long-term plan.

All three of these objectives form an overarching motivation to create a completely anonymous, autonomous, decentralized network. This network would be more extensive than AlphaBay, and would allow other marketplaces to function on it–it’s important to note here that DeSnake states that they could retain control of their sites’ functioning. According to the FAQ, a portion of the profit AlphaBay makes through sales on its site will pay for full-time developers to work on the project. This all forms part of the AlphaBay Roadmap, as you can see above.

Out with the old, in with the new

Since remerging, AlphaBay has shown intent to be a long-term enterprise in a market often dominated by short-term projects. It sells the same illicit goods but has added bells and whistles designed to lure would-be vendors and buyers. This all seems quite professional, right? As it turns out, this follows the ongoing trend that cybercriminals are becoming increasingly organized, sophisticated and capable. This is not new, and Digital Shadows has consistently reported on this. AlphaBay will need to be cautious in its growth to make it out of its infancy.

Most importantly, it needs to attract buyers and sellers. To do that, it must be seen as a safe marketplace to trade on, especially in a criminal world often known for its distrust and cynicism. This may take some time, given the history of AlphaBay. Time will tell. Stay tuned for more reporting!

As always, if you’re curious about the goings-on of dark web forums and marketplaces, the criminal underground in general, or even the malware and techniques in use, you can always take Searchlight for a 7-day test drive, or, contact us to set up a demo.

Tags: AlphaBay / Dark web / marketplace
We use cookies on our website to give you the most relevant experience by remembering your preferences and repeat visits. By clicking “Accept”, you consent to the use of ALL the cookies. However you may visit Cookie Settings to provide a controlled consent.