General Cyber Security / Biden’s Executive Order on Crypto: What you need to know

Biden’s Executive Order on Crypto: What you need to know 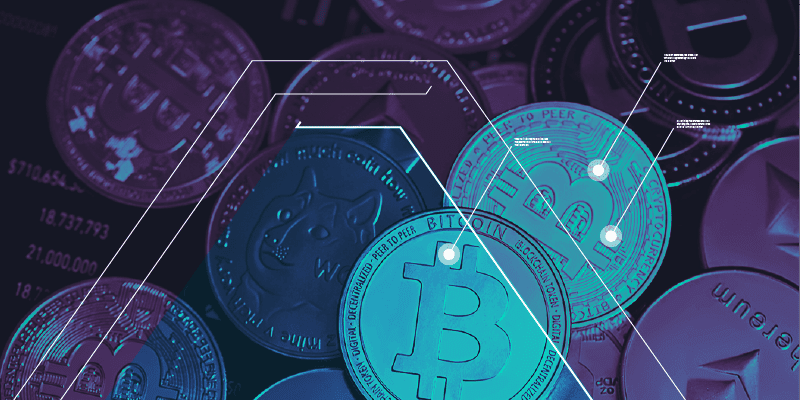 On 9 Mar 2022 US President Biden signed a new executive order (EO) to ensure the responsible development of cryptocurrency in the U.S. This EO provides direction towards future regulation and strategy, with that strategy likely to determine how cryptocurrency will be managed in the coming years. The EO has largely been received in a positive light from both investors and experts working in the crypto space, which has identified that crypto is here to stay and will play an increasingly important role in the future. While the EO is light on details on specific regulations that will follow, there are several key points that you should know about.

The EO supports the continued adoption of cryptocurrency:

Whenever there is a suggestion of government regulation of cryptocurrency, it is usually accompanied by a collective groan from investors. Many crypto enthusiasts can be guilty of absolutism; regulation is often seen as more unnecessary red tape on a thriving technology that doesn’t need changing, or can only stand to diminish the portfolios of investors. Within the crypto community, interference is generally viewed as bad news.

With the long-awaited EO issued by Joe Biden, the general consensus does however appear to be positive. While the President’s pronouncement was largely lacking in detail, the key takeaway was that cryptocurrency can be used to reinforce the US’ role as a leader in global finance. There weren’t any big changes or roadblocks that might otherwise impact the confidence surrounding crypto or make it more difficult for investors and developers; on the contrary, protecting investors was named as one of the key goals of the EO. Ultimately this is a smart choice; a recent survey identified that almost 1 in 5 Americans hold some form of cryptocurrency. Crypto is likely to continue to scale dramatically upwards in the coming years, which offers significant opportunities for both investors and the government. Any unnecessary red tape will likely be received poorly by both voters and developers, with the development of the crypto space likely to bring innovation and growth to the US economy.

An increased role in tackling cybercrime

One of the core measures specified in the EO was to mitigate illicit finance and national security risks posed by digital assets. We’ve written a considerable amount of previous material covering the association between cryptocurrency and cybercrime, with certain coins like Monero known to be used by cybercriminal actors as a way of assisting anonymity when processing financial transactions from illicit activities The recent developments in the war between Russia and Ukraine have also bought crypto up front and center, with some commentators—including former Presidential candidate Hillary Clinton—claiming that crypto could offer sanctioned individuals in Russia an escape hatch around the impact of ongoing sanctions. Again, while details are sparse, this increased role likely refers to improving the abilities of investigators in tracking the movement of currency within cyberspace, which will ultimately assist in prosecuting those involved in illicit activity. We’ve also seen several recent successes in this regard, including the U.S justice department recovering ransom payments that had been paid to ransomware groups.

Another item mentioned within the EO is the use of CBDCs, which was identified as a priority needing research and development within the US. CBDCs are something we’re likely to hear much more of in the coming years and can be defined as a new form of digital currency that is issued by central banks. This would exist alongside traditional fiat currency and bank deposits, rather than replace them. In other words, it’s a form of cryptocurrency to be issued and regulated by the government, which will likely be represented on its own, internally developed, blockchain. While CBDCs are very much at a conceptual stage, I’m somewhat skeptical of them, given the whole core use case of cryptocurrency is that it allows financial transactions to be decentralized and without the need for a third party to process transactions. As alluded to earlier, crypto enthusiasts can be prickly about interfering with the golden egg, and CBDCs will likely be viewed by many as an unnecessary alternative. Some commentators have suggested the use of CBDCs might be a cynical introduction of the government into a space in which they have little control. CBDCs are definitely one to monitor and something we’re likely to explore in greater detail in a future blog.

Mitigating the impact on the environment

One common criticism of cryptocurrency—and Bitcoin in particular—is that the energy required to mine crypto uses a lot of energy and can be particularly bad for the climate. “Mining”—a process in which computational puzzles are solved in order to verify transactions between users, which are then added to the blockchain—allows this validation to take place, which is an energy-intensive process.

Within the EO, President Biden directed his administration to study the environmental costs of digital assets. Efforts that will likely be explored by Biden’s team include research into potential mitigating measures and alternative mechanisms that cryptocurrency can be generated. We’ve all likely seen the photo’s of racks of servers all powering away trying to generate new Bitcoin, which is the kind of thing that the EO aims at curtailing.

Many countries have indeed suggested banning crypto mining due to the energy requirements it generates; this includes China who banned crypto mining in November 2021, and Russia who had previously proposed a potential ban in January 2022. The EU’s recent Crypto Bill—which aims at curtailing crypto’s proof of work (PoW) consensus mechanism—also referenced climate issues as one of the drives for the bill. The University of Cambridge has put together a fantastic resource tracking the power usage associated with Bitcoin use over time, which can be found here.

Of course, not every blockchain comes with such a high cost on energy; many cryptocurrencies have been designed to be much more eco-friendly. The best known is perhaps Cardano, however there are several other blockchain—including Nano, Stellar, and GridCoin—that use a lot less energy than their predecessors. Even Ethereum, which is the second-largest crypto by market cap, is planning on transitioning from a proof of work (PoW) to a proof of stake (PoS) system, with an aim of reducing its overall energy consumption by 99.95%. While the climate may not be the primary concern for investors at this time, making crypto more energy efficient will be key to making this technology sustainable, which has clearly been identified by the Biden administration.

The EO is bullish for the future of crypto:

The EO pacified many concerns that the Biden administration may have looked to impose excessive regulation on cryptocurrency, which could have harmed investors’ bottom lines or made a less permissible environment for tech development. Current efforts appear to be aimed at completing an array of reports, assessments, and consultations that can be used to fine-tune regulation in the future. The timeline for this reporting ranges anywhere from 90 days to a year, so don’t expect any sweeping changes to come in anytime soon. The overall tone is positive though, and clearly, the attitude within the Biden administration is to look to embrace cryptocurrency, rather than stifle it.

Digital Shadows has a keen interest in all things related to cryptocurrency, including its relationship with cybercrime and illicit activity. Digital Shadows’ SearchLight service features a constantly-updated threat intelligence library providing insight on this and other cybercriminal-related trends that might impact your organization and allow security teams to stay ahead of the game.  If you’d like to access the library for yourself, you can sign up for a free seven-day test drive of SearchLight here.