Cybercrime and Dark Web Research / Bringing Down the Wahl: Three Threats to the German Federal Election

Bringing Down the Wahl: Three Threats to the German Federal Election 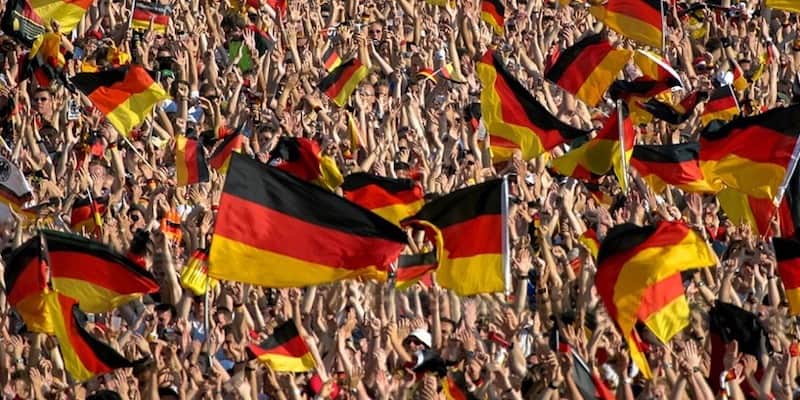 Hacking has become the boogie man of political election discourse. In Kenya, the recent presidential election result was forcibly annulled after the opposition alleged voting systems had been hacked. While these claims may be entirely valid, what’s worrying is that no concrete or convincing evidence to prove these allegations has been made public so far. Although not a new phenomenon, ever since the United States presidential election in 2016 the spectre of election interference by hostile nation states, hacktivists or political opponents has embedded itself in the public consciousness, and the fear of vote tampering grows by the day.

The German federal election takes place on 24 September. Germans vote with pen and paper, and votes are counted by hand, but researchers have allegedly discovered vulnerabilities in the software used to register voting tallies – though it is still unclear whether these tactics can realistically be used to manipulate the election results itself. Germany also has a long tradition of coalition governments. No party has won an outright majority since 1957, and two out of three of Merkel’s governments since 2005 have been Grand Coalitions with her main political opponent, the Social Democratic Party (SPD).  With the German system geared to avoid partisanship, it makes it extremely difficult for an external power to influence the election and get a particular candidate into office.

Digital Shadows’ analysis of election activity over the past 12 months suggests that we should look beyond the ballot box to the many other ways attackers can leave their mark on the democratic process. While attacks on physical voting systems are rare, attackers often look to capitalise on weaknesses in the broader political apparatus by targeting individual politicians, party networks or local branch offices. Voters may also be targeted by influence campaigns achieved through the spread of false information online. In the upcoming German election, therefore, we should look out for:

As seen in both the United States and French presidential elections, attackers will look to release potentially sensitive files in order to discredit a political candidate. Two days before the French election vote in May 2017, an anonymous user posted emails, document and photos intended to embarrass Emmanuel Macron to the 4Chan message board. The ”Macron Leaks” ended up being relatively ineffectual, though this and previous leaks by Guccifer 2.0 in the United States election highlight how data leaks are believed to be an effective tactic for influencing the political process.

Documents used in data leaks are often obtained through an initial network compromise. In the case of Guccifer 2.0, the leaked files were allegedly attained through a breach of the Democratic National Congress’ servers. German officials fear that sensitive emails stolen from senior lawmakers and politicians by apparent Russian hackers in 2015 could be released to harm Angela Merkel’s campaign. The offices of at least 16 parliamentarians were reportedly compromised in 2015, and in Mar 2017 think tanks aligned to Merkel’s Christian Democratic Union (CDU) were also purportedly targeted by APT-28, an espionage group widely believed to be associated with the Russian intelligence services.

While allegations of Russian interference are unconfirmed, the fear is that Russia has considerable interest at stake in the outcome of the German election and will conduct network compromises as a means of collecting valuable strategic information. Points of interest include the fraught relationship between Russia, NATO and the EU, as well as the future of the Russo-German economic and commercial relationship – particularly with regards to energy provision – in the wake of the United States Congress’ recent decision to pass increasing international sanctions against Russia due to alleged election interference.

Also known as FAKENEWS, false information intended to mislead audiences can be distributed via a wide variety of different media, including spoof social media accounts and even established online publications. The concern is such that in April 2017 the German cabinet voted on measures that penalize networks that fail to remove defamatory false information, hate speech and other illegal content with a €50m fine.

German commentators believe most of the disinformation targeting German citizens has focused on immigration policy, which aims to spread xenophobia and undermine Merkel’s previous welcoming of refugees. The German fact-checking website Hoaxmap, for example, was established to identify and refute untrue online claims about refugees: Attacks against local party branches and regional German parliaments have been reported. The CDU claimed its headquarters in the state of Rhineland-Palatinate experienced “massive attacks” ahead of the presidential debate on 03 September. The parliament network in the state of Saxony-Anhalt was reportedly targeted by a ransomware infection in late August, while the website for the North Rhine-Westphalia state was the victim of a denial of service (DoS) attack by an extortion actor in July. Although the ransomware and DoS were both probably financially motivated and unrelated to the election, attackers may continue to target local party branches believing that their sites and networks are more susceptible to attack.

Despite the rhetoric warning of Russian election interference, the supposition that Russia would automatically favor Merkel’s opponent is not so clear cut as it might have been in other recent elections. As mentioned above, Germany and Russia currently share a very strong trading relationship, despite political and diplomatic tensions between the two nations. Also, Merkel’s main opponent, Martin Schulz of the Social Democratic Party (SPD), will not necessarily be more amenable to Russian interests than the incumbent. Firstly, Schultz is a staunch European and was President of the European Parliament from 2012 to 2017. Moreover, Schulz has repeatedly publicly rebuked Russia for its foreign policy: in February, Schulz warned against lifting Russian sanctions over its role in the Ukraine crisis, while in October 2016 he criticized the major role Russia had played in the Syrian civil war.

While the likely motivations and ambitions of hostile nation states remains unclear, organizations can help protect themselves against many of the techniques described above. Mitigation measures include:

Influence campaigns, party network intrusions, and fears of vote hacking are now as central to the election process as traditional campaigning and party broadcasts. It is difficult to measure the impact of these types of attacks, but the mere possibility of election interference has served to further damage confidence in politics, particularly in the Western world. It would be naïve to assume that these fears would dissipate any time soon, especially as fears of election interference have a much longer history than the events of the past 12 months. Nevertheless, it is important that we learn to manage these ever-evolving risks and help maintain the elements of our political and electoral systems that we most cherish, while continuing to iron out their many imperfections.

Tags: Elections / Germany
We use cookies on our website to give you the most relevant experience by remembering your preferences and repeat visits. By clicking “Accept”, you consent to the use of ALL the cookies. However you may visit Cookie Settings to provide a controlled consent.