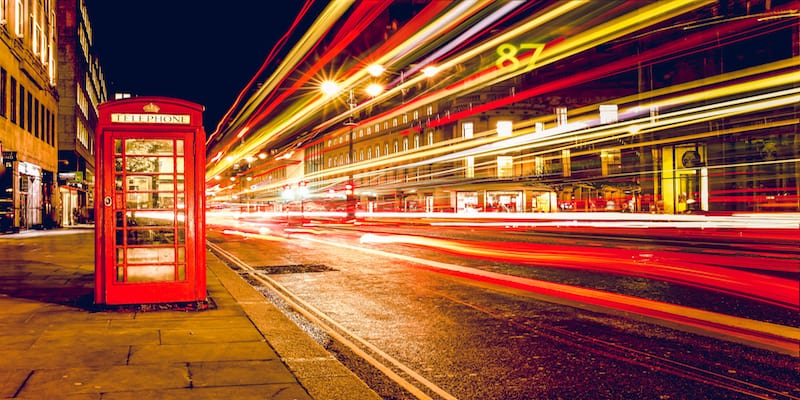 We’ve all probably seen both sides of the communication coin. Firstly the long, wordy, confusing intelligence report. It’s 20 pages, has no clear summary, reads like an academic essay, and you need to have a dictionary on hand to understand some of the language. Secondly, there’s the flashy, well-polished intelligence report. It’s still 20 pages, but it’s jam packed with whizzy pictures, infographics, satellite images, and BIG expanded quotes. It’s like the intelligence from the movies. SO cool.

The problem I have with both those examples is that the former can hide excellent analysis and causes the reader to work hard to get the value from the product, and the latter can hide weak analysis, and can give the reader a false sense of fulfilment.

The tensions which exist that produce these scenarios can be seen in the below characterisation of the three sides of intelligence communications. Note that I’m being very general and exaggerating for effect! 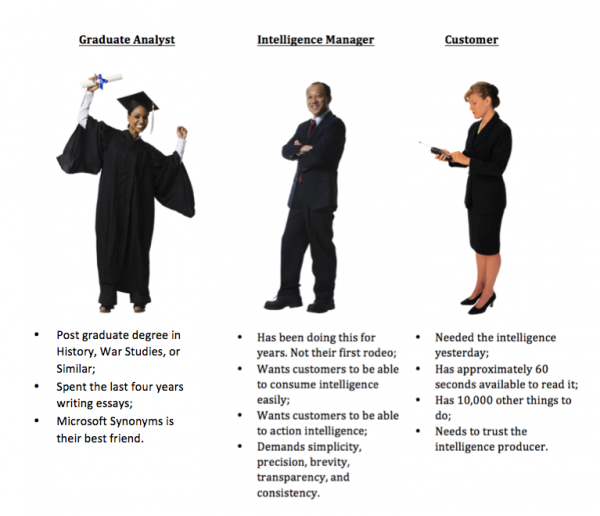 It’s always tricky to reconcile these three moderately competing requirements. I believe a lot of the emphasis is on the Intelligence Manager, who has to educate both the analyst and the customer, and also ensure that standards are defined, and maintained. They also have to act as a bridge between the consumer and the analyst, and at times protect the analyst from an overzealous client, or politicization. Equally, they have to understand the consumer’s requirements, and know the nuances of communicating to them. We have various tools for helping communicate intelligence at Digital Shadows, including a source evaluation framework, the language of uncertainty, and a comprehensive style guide. Moreover, we’re always developing our intelligence products to ensure that they are being communicated effectively.