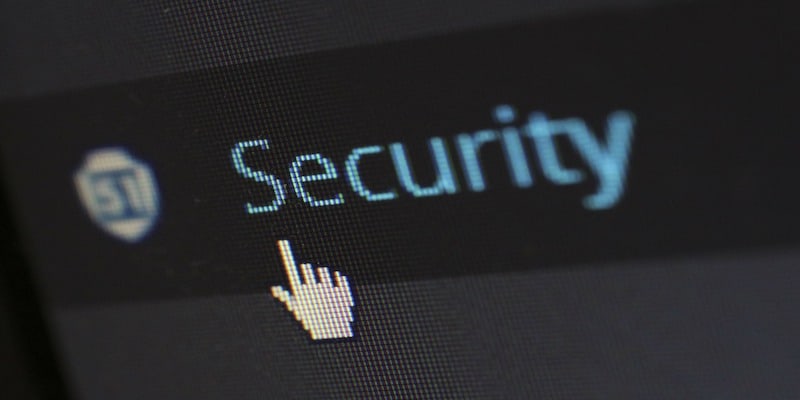 Infosecurity Magazine recently reported that two individuals have been arrested in the UK on suspicion of running a website that facilitates the development of malware. The website in question, reFUD.me, provides counter anti-virus services.

Crime on the web can be crudely divided into two categories: cyber-enabled and cyber-dependant crime. The former includes the sale of illicit goods such as drugs and firearms, whereas the latter constitutes crimes that could not have been conceived before the age of networked computers, such as the development and deployment of malware.

As is the case with a lot of cyber-dependent crime, services have emerged to support these criminal endeavours (and of course profit at the same time).

So-called “Counter-AV” (CAV) services, sometimes referred to as “multi AV scanners” or “anonymous scanners” by the criminals themselves, offer an anonymous way for malware developers and malware users to test the stealth of their infected files against multiple AV products in one go, to ensure they remain “fully undetected” (“FUD”).

Firstly, it is important to stress that legitimate services exist which serve as a utility to white hat malware researchers and security professionals seeking to find out more about malware or test suspicious files and URLs. But these are drastically different.

CAVs are often advertised as being “anonymous”, meaning they will not share samples with AV companies, and therefore any malicious file which is not detected by AV solutions, will continue to be effective against these commercial security products. They are also specifically marketed towards criminal users through advertisements in forums, illustrating the intent of the operators behind them to serve the criminal community.

Perhaps the best known of the services is Scan4you. The service offers users the ability to check files against 35 legitimate commercial AV products, without reports being sent. One file check costs just $0.15 or you can purchase a monthly subscription for just $30.00 a month for up to 150k checks per month. If you’re likely to use any more than this, you’ll need to speak to the operators. 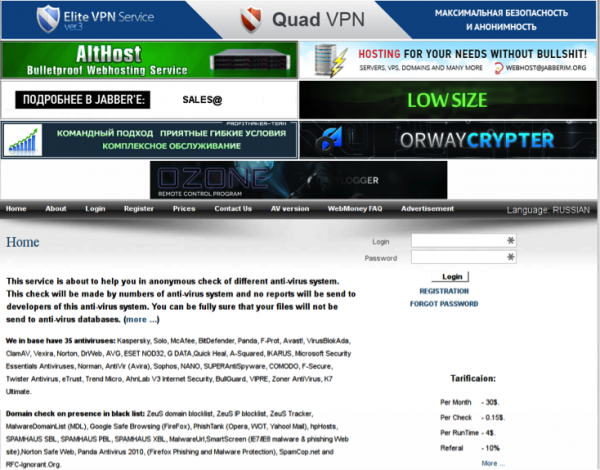 Figure 1 – the front page of scan4you

This service claims to have been around since 2009, and was detected being advertised on Russian-language criminal forums since at least 2010. The site offers the ability to pay using the virtual currency, Webmoney and links (via banner advertisements) to multiple other services likely to be attractive to cybercriminals such as an advertisement for a Remote Access Trojan (RAT) program, and Virtual Private Network (VPN) provider, for anonymity, and a “bulletproof” hosting service, which will host “almost everything, including malware and all kinds of spam” according to a forum advert.

And this isn’t the only service like this. Rudimentary searching for similar services quickly discovers several more services offering similar features:

While legitimate scanning services will continue to be a valuable tool for white hat malware researchers, there are many questions that ought to be asked of the black-hat versions. With the claims that they don’t send reports to the antivirus companies and with all of these links to dubious services, it would be difficult for the operators to claim that they didn’t know they were facilitating crime.

reFUD.me was just one of many CAV services that existed alongside a multitude of support services that can facilitate cyber crime. They allow the bad guys to develop and deploy their malware without the risk of getting detected. The upshot of this is that individuals and businesses remain vulnerable to being infected with malware and risk, for example having information stolen by credential harvesters or having data encrypted by ransomware.

Tags: CAV / Criminal Support Services
We use cookies on our website to give you the most relevant experience by remembering your preferences and repeat visits. By clicking “Accept”, you consent to the use of ALL the cookies. However you may visit Cookie Settings to provide a controlled consent.