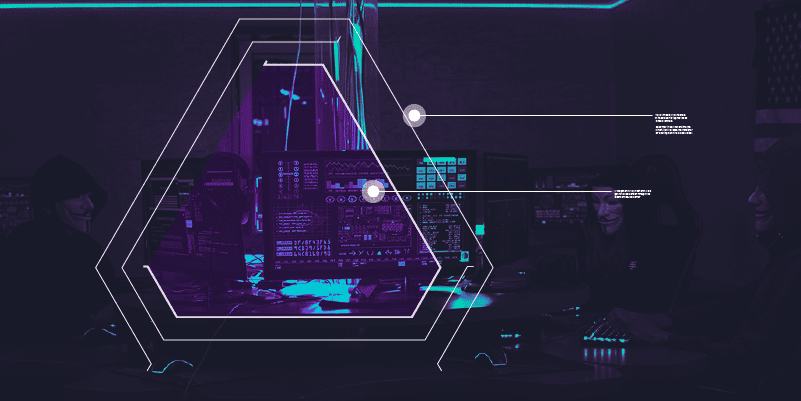 As the world reacted to Russia’s invasion of Ukraine on 24 Feb 2022, cybercriminals were also formulating their own opinions and strategic responses to best support their operations. These cybercriminals range from well-known cybercriminal groups such as the operators behind the “Conti” ransomware and “coomingproject” data leak sites to assorted cyber criminals who lurk on message boards. Individual cybercriminals have also been quick to either take advantage of the situation or share their plight as the wider conflict spills over into their personal lives.

Conti released a statement on it’s data leakage website, Conti.News, on 25 Feb 2022 announcing that the group would show its “full support” for the Russian Government. Initially, the group said they would use “all resources” available to the group to target the critical infrastructure of any adversaries who decided to target Russia with cyber attacks.

However, shortly after this statement was made, Conti updated their statement and retracted some of the strong language it had initially used. In their revised version, Conti said that it would only retaliate if critical infrastructure was targeted in Russia or Russian-speaking countries. The ransomware group also claimed that they do not support the ongoing conflict between Russia and Ukraine, and that it does not ally itself with any governments. Conti hinted that this threat was aimed at the United States, saying that “American cyber aggression” puts the safety and well-being of peaceful citizens at risk.

The motivation for the revised statement from Conti is unclear. It is realistically possible that the change was made to disassociate the group with any war-related activities by the Russian government. Digital Shadows will continue to monitor Conti.News for any new updates.

Conti’s support for the Russian government is a significant event. Conti has been the most active ransomware group active in 2021 with over 460 victims during the year, only falling behind in numbers to LockBit 2.0 in the last two quarters of the year. The group is highly capable and has demonstrated a drive for growth, especially with its recent acquisition of the TrickBot operation.

Recently, the Conti group has exhibited notable ambition with technical impact enhancements by way of Trickbot, as well as plans to use the  “BazarBackdoor” malware to improve access points, and persistence. If used in an aggressive operational tempo, these capabilities could do significant damage to unprepared or even hardened adversarial networks and applications.

The Cybercrime group” CoomingProject ” normally uses Telegram to announce activities and to share links to its recent data breaches. Today it used the platform to pledge support for the Russian government in case of cyber attacks against Russia in the Ukraine-Russia conflict.

This announcement came on the heels of the Conti ransomware group making an almost identical statement of “full support” for the Russian government during the crisis. CoomingProject is well-documented for infiltration of vulnerable networks, and exfiltration of files, which are sent to leak sites controlled by the group. Such capability could be a force multiplier for a nation state using both strategic and tactical methods to gain advantage in a theater of conflict; data theft could be leveraged for either extortion or interruption of supply-chain networks and network compromise could hinder telecommunication of an adversary or be used for direct espionage.

Another viewpoint is that CoomingProject is perhaps stating its allegiance to the Russian government because of direct financial compensation, or, in light of the recent arrests of the REvil ransomware group, to display loyalty for protection from prosecution from law enforcement.

Even preceding Russia’s invasion of Ukraine, chatter has been abuzz on English and Russian-language cybercriminal forums related to the conflict.

On 15 Feb 2022, a user of one English-language cybercriminal forum initiated a thread titled “Ukraine’s Military, Banks Suffering DDoS Attacks” to discuss DDoS attacks on Ukrainian banks. Some users participating in the discussion appeared eager to take advantage of the situation. For example, one user proclaimed “That’s nothing compared to what I am going to do after a few weeks. I can start posting hacked UA websites and taking down 20-30 Ukraine gov websites for 1 week straight.”

Some forum users even seemingly predicted the invasion, as the reality of a war came into focus.  In a related thread on 19 Feb 2022 titled “WAR in Europe: Russia Attacking Ukraine!”, one user opined that war was imminent and a Russian invasion of Ukraine certain, and wondered whether they should leave Ukraine. Other forum users discussed possible reasons behind Russia’s actions towards Ukraine and wondered how the stock markets would react.

Since hostilities have commenced, users of prominent English-language  cybercriminal forums have initiated multiple threads discussing the Russia Ukraine conflict; there are advertisements on such forums listing Ukraine-based victims as targets. Conversely, users of Russian-language forums have so far kept quiet on the issue.

There have been several discussion threads related to Ukraine on the most popular English-language cybercriminal forums since the start of the year, with a mixture of support for either Ukraine or Russia.

Much of the observed chatter contained boasting of technical capacity to disrupt infrastructure in very specific terms, as well as expressions of solidarity along with unsolicited advice about the same.

Now that the conflict has crescendoed to war in recent days, some previously well-known hacking groups are back at the forefront – most notably, the hacktivist collective “Anonymous”.

On 25 Feb 2022, a user of one prominent Russian-language cybercriminal forum initiated a thread titled “Hackers from Anonymous declare “cyberwar” on Russia” to share the hacktivist group’s announcement that they were targeting Russia-based organizations and the Russian government.  One user opined that Anonymous would not be successful in their attack while others peddled in conspiracy theories the US government would be conducting the attacks and using Anonymous as a scapegoat. Most felt that any DDoS attacks would be ineffective in the overall war.

Although Russian-language forums are predominantly used by Russian-speaking cybercriminals, these individuals do not have an allegiance to Russia persay. In fact, the diversity on these forums often includes native Ukranians and other ethnic groups who are sympathetic to Ukraine’s cause, not Russia’s. As one can imagine, these conflicting ideals can lead to heated disputes which forum moderators do their very best to put an end to.

One well-known Russian-language cybercriminal forum has seen multiple attempts by users to bring their political fights or opinions surrounding the conflict into the forum. Unfortunately, this often leads to anti-Ukrainian sentiment. For example, one user declared that “by the end of 2022 the entire population [of Ukraine] will be on their knees in front of the Tsar begging for a bowl of palm oil”. Similar anti-Ukrainian sentiment led another forum user to be permanently banned, reflecting this site’s low tolerance for political discussion.

For some users, their lives have been personally affected by the ongoing conflict. For example, on 25 Feb 2022, one forum user sought advice on leaving Ukraine after stating “the war is in full swing. I need to get the hell out of there”. They stated it was difficult because the Ukrainian borders were closed to men ages 18-60, a law implemented by Ukraine so as to compel men to stay and fight the Russian military.  In response, some users urged the man to stay and fight, while others provided intelligence about locations for safe passage and shelter in Ukraine. However one user, apparently sympathetic to Russia’s cause, told the man to “surrender now” and “come to us”.