Envoy on a Mission to Bring Stability to the Criminal Underground 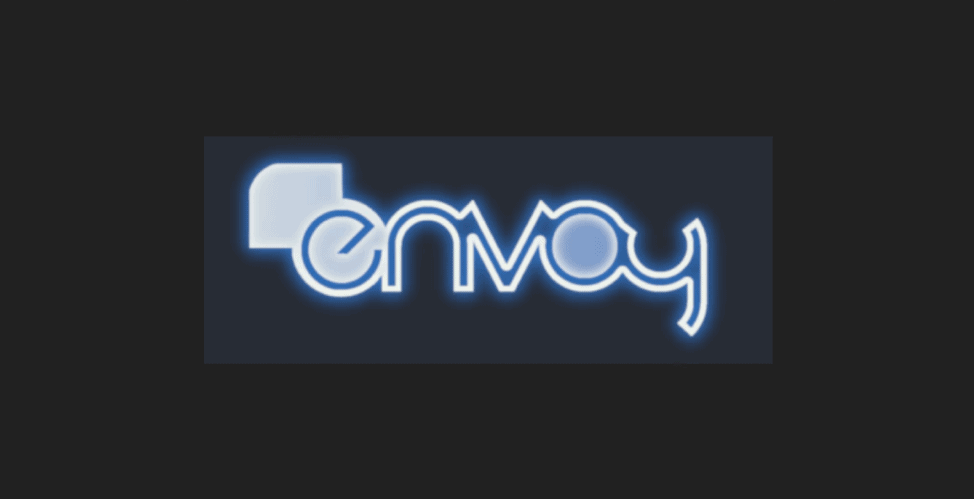 Recent Turbulence in the Underground

From the sudden disappearance and ongoing instability issues of KickAss and Torum, to the high profile takedowns of dark web marketplaces such as Wall Street and Dream Market, it’s been a tough few months for the English-speaking cybercriminal scene.

All this turbulence has resulted in significant disruption and unrest within the overall cybercriminal scene and, in particular, has left a vacuum for English-language forums. It’s within this context that the latest forum to emerge is Envoy.

Envoy is a new English-language cybercriminal forum with an emphasis on drugs, dark web marketplace reviews, and technology-orientated discussion topics. The forum went live in early July 2019 and has since gained a high number of members. 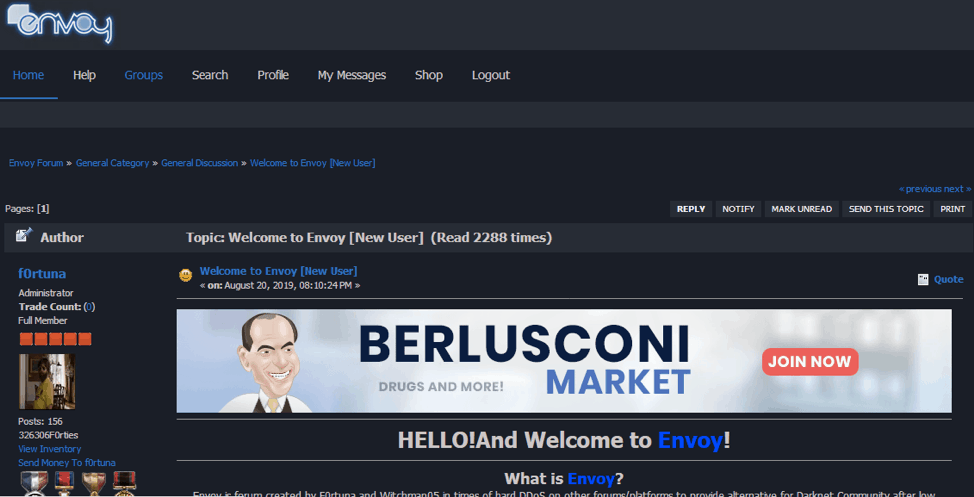 On July 6th 2019, users with the monikers “f0rtuna” and “Witchman05” launched a new English-language forum called “Envoy”. Since then, it is claimed that Envoy has already gained over 6,000 members – a significant number considering similar platforms would have to use this timeframe to try and gain publicity by word of mouth in an attempt to entice internet traffic.

When assessing the future success of the forum, it’s worth noting that Witchman05 is also a current moderator of Dread. Dread is a dark web Reddit-style service that has built a good reputation over the past year and gained in popularity (featuring in our previous blogs on Nightmare Market and Olympus). While this factor is not (yet) directly related to the success of the forum, it may help to increase the popularity of the forum in the short term and means Envoy will be afforded patience by current members as the forum attempts to establish itself.

Although other platforms such as “Dread” and “the hub” have somewhat restored an element of consistency to the criminal underground, there continues to remain an element of uneasiness. This is probably why Envoy has introduced such features like a geographically-based discussion section, so it caters for larger audiences and allows members to seek out region specific topics on subjects such as emerging markets, or tactics and techniques.

Tags: envoy
We use cookies on our website to give you the most relevant experience by remembering your preferences and repeat visits. By clicking “Accept”, you consent to the use of ALL the cookies. However you may visit Cookie Settings to provide a controlled consent.