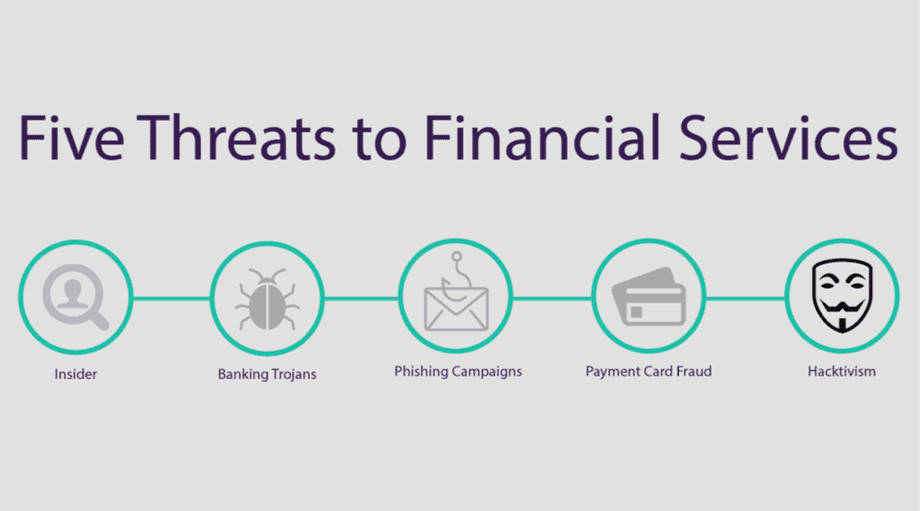 OK, so it’s not a sexy as insider threats, banking trojans, phishing campaigns or payment card fraud, but hacktivism is still a threat that organizations should be concerned with. In this final post on threats to financial services, we’ll outline recent developments in the hacktivist world and focus on the threat posed by one campaign in particular: OpIcarus.

Hacktivism is the extension of activism into the information security sphere, using tactics like defacement, doxing and denial of service (DoS) to achieve political or ideological goals. The success of hacktivist operations varies significantly, depending on A) levels of participation and B) levels of organization.

The Anonymous collective has been the main brand of hacktivism since its emergence in 2008, but it has since splintered into smaller, regional hacktivist groups who target companies in line with regional and national geopolitical objectives. (For more on this shift, you can read our blog about the emergence of the Anonymous collective and its subsequent transformation).

Over the past two years, we have published several blogs on the various iterations of OpIcarus, a campaign first launched by Anonymous. OpIcarus began as a planned physical protest on February 8, 2016, calling for action to “shut down the banks” and disrupt the global financial system. With increased user participation, the operation gained traction across a host of online sources. The operation reached its zenith in mid-2016 (as demonstrated by Figure 1) when participants claimed to have successfully performed DoS attacks against over 60 global banks. Orchestrating their attacks through social media and Internet Relay Chat (IRC) groups, OpIcarus encouraged users to use the Low Orbit Ion Cannon (LOIC), a popular tool for performing DoS attacks. Participants freely shared tools and techniques on these channels, hoping to co-opt more supporters for their campaign and, in turn, amplify the potency and impact of their attacks. 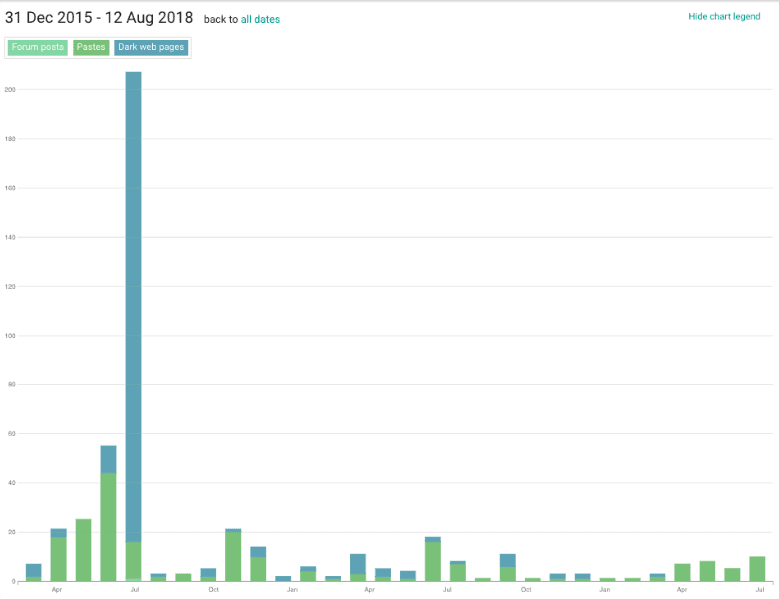 While OpIcarus no longer attracts the attention it did in 2016, it should not be discounted. This month, we’ve observed the “doxing” of a VIP of a global bank as part of the 2018 wave of OpIcarus attacks. Furthermore, at the end of May 2018 the online and mobile banking services of Rabobank were taken offline for several hours following a Distributed Denial of Service attack (DDoS). Shortly after this announcement, a post on Pastebin claimed responsibility for the attack as part of OpIcarus. The post also referred to 57 other global banks designated as OpIcarus targets, as well as advice on which tools to use. Unlike in 2016 when LOIC was recommended, individuals are now advised to steer clear of the tool, instead preferring other DoS or “Stresser” services such as “xerxes”, “Slowloris”, and “Ufonet” (see Figure 2). For financial institutions – particularly those named on the OpIcarus target list – this shift in tooling is significant for understanding the threat level posed by the campaign and what defensive measures should be implemented to ward off DDoS attacks. 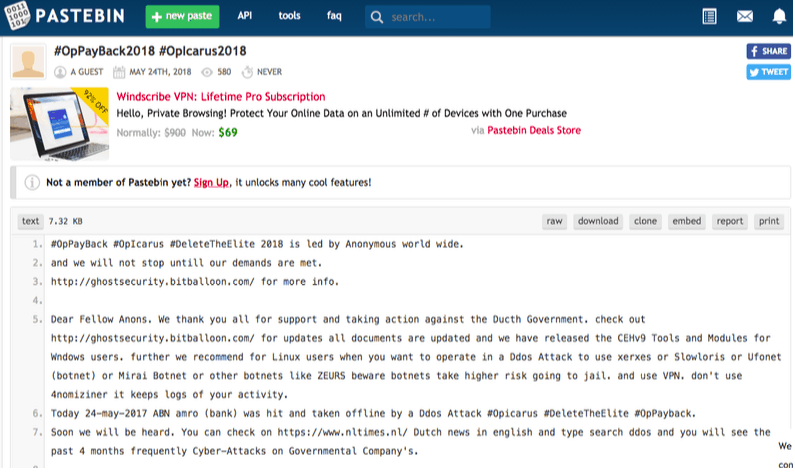 Figure 2: A post claiming responsibility for the Rabobank DoS attack on May 24, 2018

In this Pastebin post claiming responsibility for the Rabobank attack, the author includes the OpIcarus hashtag along with references to other hacktivist operations, including OpPayback, a campaign focused on the Netherlands. This tagging of attack claims under multiple operational banners is common within the hacktivist community. With Anonymous devolving into smaller, more regional groups and operations, hacktivist actors will often use hashtags from large, well-known operations to solicit support for their attacks and objectives.

These operations are no longer centrally coordinated by an influential core of hacktivists who decide on suitable targets, timing of attacks and overall campaign objectives. Whereas OpIcarus began with global aims to shut down the financial system, in 2018 it is more commonly used in regional operations with narrower and more localized ambitions – in this case being specifically targeted at financial institutions in the Netherlands and aligned with OpPayback. Similarly, a version of OpIcarus, OpIcarusNi, seeks to apply the operation to Nicaragua in the wake of recent political and economic tensions in the country. With this decentralization, it’s unlikely that OpIcarus will garner the levels of support and orchestration seen in its 2016 heyday. 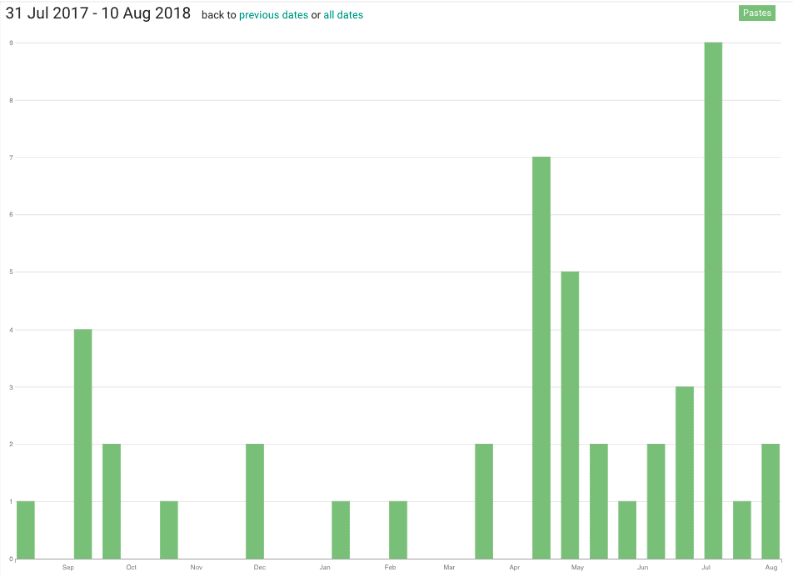 Figure 3: Pastebin posts referencing “OpIcarus” in the past 12 months

The Future of OpIcarus: Down but not Out

It’s clear that OpIcarus has changed considerably since its emergence in 2016. The 2018 operation is often performed in tandem with local hacktivist operations, with participants encouraging the use of different DoS and stresser tool sets. Despite a perceived decline in threat level and a shift to a more regional approach, the successful Rabobank DDoS attacks demonstrate that hacktivism still poses a threat to banks across the world. Today, OpIcarus attacks are far more sporadic and unpredictable given the loss of centralized command by the Anonymous collective.

To stay ahead of the threat, financial institutions should begin tracking the online activity of local and regional hacktivist actors in the event that they perform attacks under the OpIcarus banner; it’s no longer sufficient to rely on announcements from the most influential global Anonymous social media accounts, as attack claims are often performed by lesser-known Anonymous offshoots. This includes monitoring paste sites and social media for mentions of their domains and IP addresses, while following developments in hacktivist tooling to ensure DDoS defenses are up-to-date and appropriate.