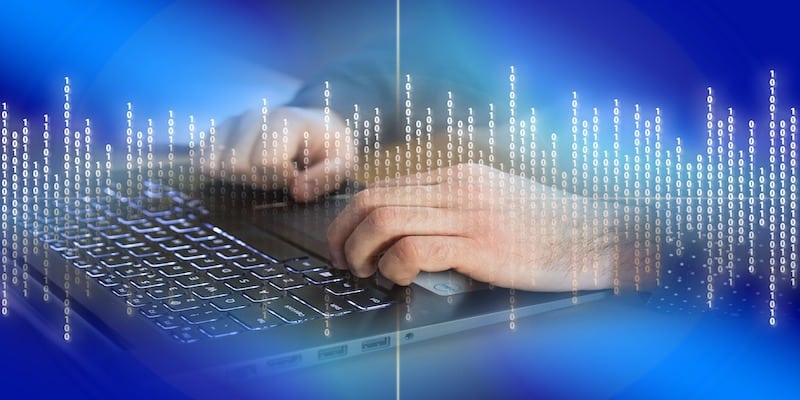 Over the last few weeks, there have been a number of reports of attacks using the remote desktop control software TeamViewer, with many users’ machines being taken over to install ransomware or steal money from their online accounts. TeamViewer’s own site was even temporarily taken offline by a denial of service attack; however, the company insisted the two were not linked.

TeamViewer said that attacks were likely caused by bad password management or users’ computers being infected with malware. In many cases, the people reporting attacks were existing users of TeamViewer. Considering the general frequency of phishing attacks and the recent big value leaks (e.g. LinkedIn, MySpace, VK, Tumblr), credential theft or reuse seems like a plausible explanation.

But what about people who are not existing TeamViewer users and did not already have it installed?

Research of our cybercriminal marketplace database shows many examples of remote desktop software being used to channel hidden malicious access to victim computers.  Such techniques have been called upon for some time using different legitimate software applications.

We’ve even seen software such as TeamViewer being used by cybercriminals to prove legitimacy of their goods! (Figure 1)

Figure 1: A forum user invites another to use TeamViewer to confirm chat log validity in a dispute. The user could see the logs as they appear on the second user’s desktop.

We found one recent, notable example of an old version of TeamViewer being packaged as part of a remote access Trojan (RAT). On 3 February 2016, a user under the name “TeamViewerHide”(TVH) posted the same message on at least four different Russian-speaking cybercriminal forums: (Figures 2, 3)

In the posts, the user offers what is referred to as a “modification of the TeamViewer v5.0 software distribution”. The product is allegedly ready-for-use and has all the main functions of TeamViewer, including full desktop control, file exchange and file launching. The product is allegedly able to by-pass most anti-viruses and firewalls and, when launched, masks itself as an Adobe Updater process in task manager. Finally, the user claims that the product was made “completely from scratch as a private development project”.

Figure 3: Part of the original post shared on at least four different forums

We did not have access to the malware itself and, despite the user’s low reputation on the forums, the application appears to be well received and has been verified by some forums’ moderators. Additionally, a moderator on one of the forums posted a YouTube video showing how the product worked. First, a “trojan” dropper (1.7MB .exe file) is launched on the target machine. The dropper silently installs TeamViewer and sends its ID and password to the attacker who then uses them to establish a remote TeamViewer connection. The application can be seen to mask itself as “adobeupd.exe” in the target’s task manager. A trojan reported by Dr. Web and Yandex, appears to share some qualities with the one reported here, such as the use of Adobe Installer (albeit in a slightly different way) as a means of masking the malware, however, without access to the TVH code for comparison, we cannot be sure of any direct link.

The attacker’s own TeamViewer instance is launched by a curious looking piece of software called “TeamViewer – injector” (Figure 4). It is currently unclear whether this “injector” has any purpose other than launching what appears to be a standard TeamViewer v5 application. 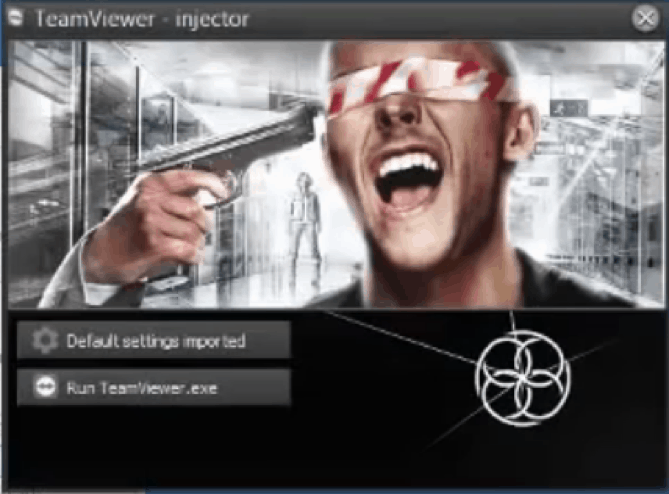 At the time of writing, it is unclear whether this posting by TVH is related to the recent spate of TeamViewer-based attacks. In many of the reports, the victims were already users of TeamViewer and therefore, this case is unlikely to apply to them. However, it is nonetheless possible that some of the victims were targeted by a trojan like this one.

TVH’s statement that the application is a “modification of the TeamViewer software distribution” is likely to be somewhat misleading. Judging by the YouTube video, the general description and the ensuing forum conversations, it appears instead that an unaltered, old version of TeamViewer was likely packaged in with a dropper written by TVH.

None of this points to TeamViewer having suffered a breach but rather that cybercriminals have used the functionality of the software for their own ends.

The root cause of this type of compromise is malware infection. To avoid being targeted by this type of attack using TeamViewer, or other legitimate remote access software, the following basic security guidelines can assist:

Existing users of TeamViewer or similar remote access applications should also further secure their experience by: