Cybercrime and Dark Web Research / How Cybercriminals are using Blockchain DNS: From the Market to the .Bazar

How Cybercriminals are using Blockchain DNS: From the Market to the .Bazar

Since the takedowns of AlphaBay and Hansa in 2017, the cybercriminal community has been incorporating alternative technologies to improve both security and trust for those conducting illicit business online. Our latest report, Seize and Desist: The State of Cybercrime in the Post-AlphaBay and Hansa Age, looks at what technologies and processes have been the most popular. In this blog, we focus on one in particular, the use of blockchain DNS, which has seen steady, but not explosive, growth among cybercriminal users.

What is Blockchain DNS?

Traditionally, when we type a website into an Internet browser, a computer will query a DNS server for an IP address. Essentially, this is the Internet equivalent of a phone book. For example, if we search for digitalshadows[.]com, the computer will perform a look up against a DNS server for the corresponding IP address, 52.222.146.91. The final part of the domain (.com, .de, .uk, .org) is known as a Top Level Domain (TLD) and is controlled by a central authority such as Internet Corporation for Assigned Names and Numbers (ICANN), Nominet or DENIC.

Blockchain DNS, on the other hand, is an example of a decentralized DNS. Blockchain TLDs – including .bit, .bazar and .coin – are not owned by a single central authority. DNS lookup tables are shared over a peer-to-peer network and use a different technology from traditional DNS requests.

Decentralized DNS offers many benefits such as countering censorship by authorities (for example if a government orders all Internet Service Providers in a country to stop redirecting domains to a relevant IP address), or preventing DNS spoofing, where attackers can insert corrupt DNS data so that the name server returns an incorrect IP address and redirects traffic to an attacker computer. However, decentralized DNS can also be abused by attackers for malicious purposes. 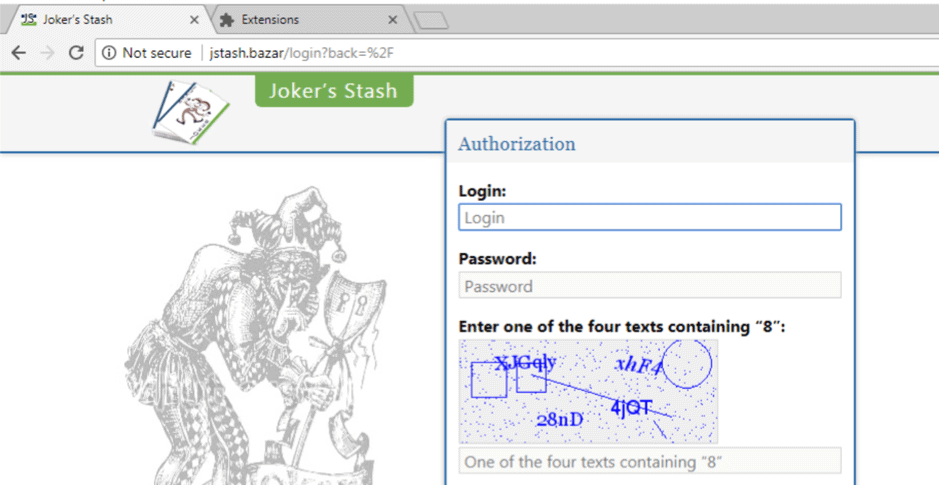 AVCs and other sites used to trade stolen account information have been experimenting with peer-to-peer DNS technology in order to hide malicious activity and, crucially, bullet-proof their platforms. Jokers’ Stash was not the first to experiment with decentralized DNS, a group known as The Money Team also created a .bazar domain back in January 2016, again in an attempt to better secure their operations. As blockchain domains do not have a central authority and registrations contain unique encrypted hashes rather than an individual’s name and address, it is harder for law enforcement to perform site takedowns.

Blockchain technology has also allowed users to realize alternative models for online marketplaces. The site known as Tralfamadore, for example, uses blockchain as its back-end to store the necessary databases and code to support front-end user interfaces. Transactions are made using cryptocurrency and recorded as smart contracts on the blockchain. This theoretically improves trust among users of the site as all transactions are permanently recorded, meaning that scam vendors can be more easily identified.

Another marketplace using blockchain technology is the site OpenBazaar. This project began in April 2016 and its userbase has increased steadily since then. In the first half of 2018, the number of new users on the site has risen by roughly 4,000, while the items for sale have gone up from 18,000 to over 27,000. Despite these gains, OpenBazaar has not been used for cybercriminal activity to any great extent, and the majority of items listed on the site would not be classed as illicit. 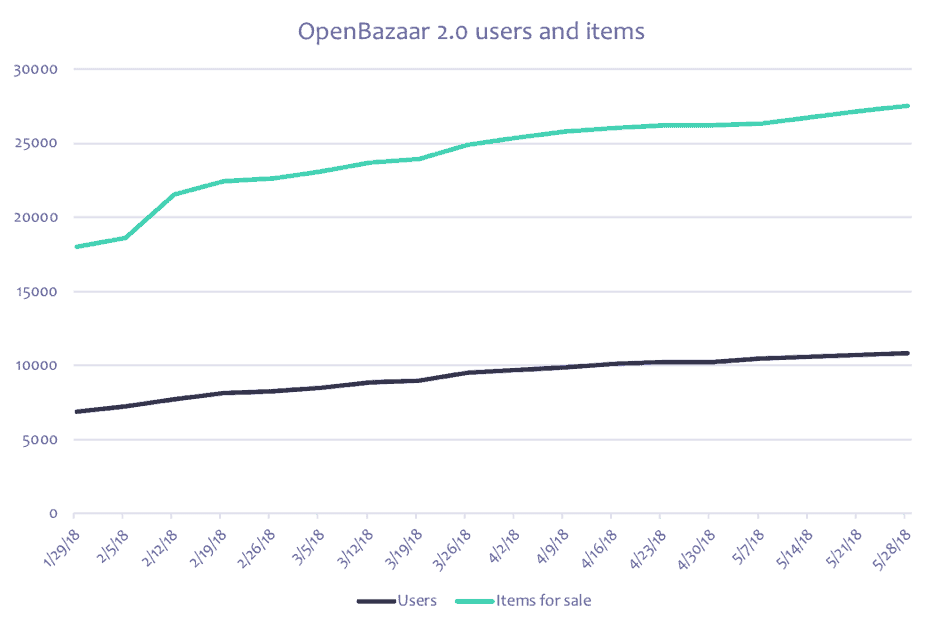 Figure 2: Number of OpenBazaar user and items since late-January 2018

Overall, support for decentralized marketplaces are in a nascent stage, but several barriers are still holding back its wider adoption among the cybercriminal community. Primarily, the issue of with blockchain-based platforms is that all interactions are publicly recorded, complicating private messaging between users. Users prefer to use more secure instant messaging services such as Jabber, which explains why cybercriminals in the post-AlphaBay and Hansa age have reverted to specialized forums where they can interact with buyers and sellers over Jabber, or directly on Telegram and Discord channels used to advertise everything from compromised accounts, stolen payment cards to counterfeit goods. The next blog in this series will look at these messaging platforms in greater depth.

If you can’t wait until then, download our report Seize and Desist: The State of Cybercrime in the Post-AlphaBay and Hansa Age to find out more on how cybercriminals are shifting away from the marketplace model towards alternative channels.

Tags: AlphaBay / AVC / Credit Card Fraud / Hansa / Marketplaces
We use cookies on our website to give you the most relevant experience by remembering your preferences and repeat visits. By clicking “Accept”, you consent to the use of ALL the cookies. However you may visit Cookie Settings to provide a controlled consent.