Known Unknowns: Key Events to Keep Your Eyes Out for in 2017 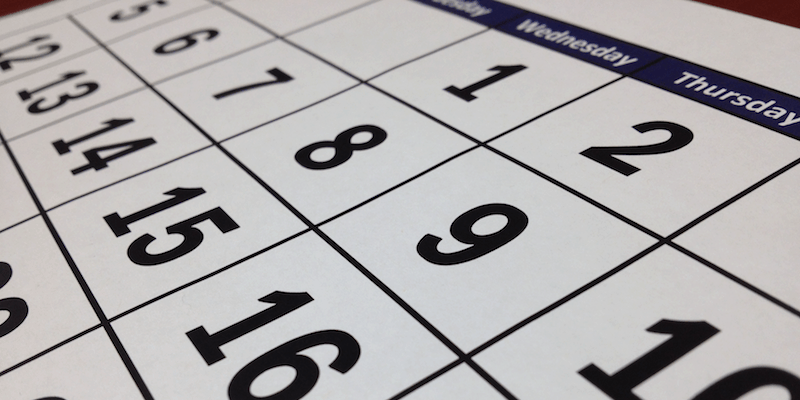 On Friday, millions will tune in to see Donald Trump inaugurated as the President of the United States. This will be just 3 weeks after the US Office of the Director of National Intelligence (ODNI) published a declassified version of a U.S. intelligence community assessment (ICA) on Russian operations reportedly conducted with the intention of influencing the outcome of the 2016 U.S. presidential election.

The report made a number of highly significant assessments most notably that Putin personally ordered an influence operation intended to undermine U.S. public confidence in the electoral system and negatively impact the electability of Hillary Clinton. The report stated that the influence operation was conducted using a combination of methods, included targeted network intrusions, the use of deniable entities to disclose proprietary materials and a “propaganda campaign” conducted by Russian state media and semi-independent “trolls”.

However, this is just one recent example of cyber related activity that is tied to geopolitical events. To use Rumsfeld terminology (apologies, everyone), many of these are unforeseen, unknown unknowns that institutions must be resilient to. However, there are also many known unknowns; key dates in 2017 that are likely to involve an element of cyber activity. In the table below, I’ve outlined what I see as the key known events of 2017. 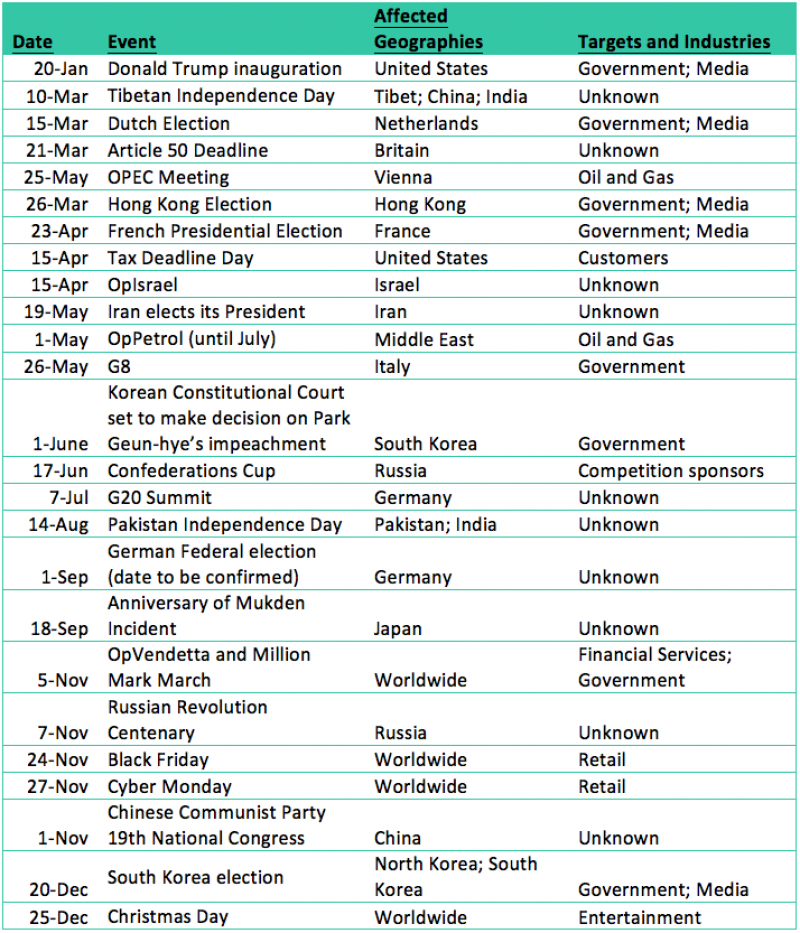 You’ll notice that there are at least six significant elections set to take place in 2017. With elections set to take place in the Netherlands, France, Hong Kong, Germany and South Korea, political parties, government institutions and media organizations should not be caught unaware. There are already concerns. Ahead of the German election, Facebook announced a fake-news filtering service for their German users. It’s also no surprise that the French authorities are bolstering their own security ahead of their election.

Of course, it’s not all about a game of chess between nation states, however. In June, the Confederations Cup will begin in Russia and, if the World Cup and Olympics are anything to go by, the sponsors of the competition may expect to be targeted.

At the lower end of the capability spectrum, hacktivist campaigns like OpIsrael and both reoccur annually. While the campaigns have received less and less attention as the years have passed, by monitoring for activity levels associated with these campaigns, organizations can be better prepared for emerging threats.

While you can’t predict what’s going to happen in 2017, by understanding which events may have an impact on your industry or geography, you can plan ahead for these.