Lots to learn? Academia and intelligence 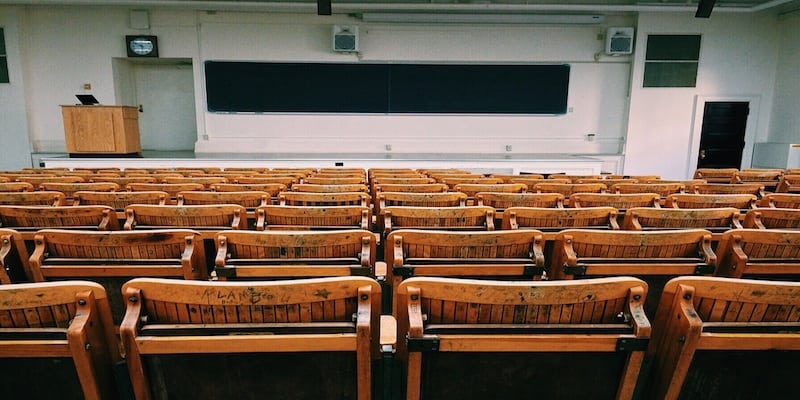 With the ongoing emergence of CTI you could be forgiven for thinking that the discipline of intelligence was new. But as you can imagine, intelligence has been an active part of military and statecraft for hundreds of years. More recently, areas of the private sector have also picked up intelligence (business intelligence, competitive intelligence etc.). With this, there has also been the development of the academic study of intelligence, which has provided a fascinating variety of resources for any budding intelligence analyst to dive into.

Furthermore several intelligence courses have sprung up at UK universities, including at King’s College London, and Brunel (to name a few). We were lucky enough earlier this year to have Dr. Kristian Gustafson from Brunel visit the Digital Shadows London office and deliver a lecture on “Professionalism, Education and the Rise of ‘Analytic Tradecraft’”.

Kristian addressed some interesting points on intelligence, and in particular how it has developed into a profession, and how this has been partly fuelled by academia. One thing I like about the academic study of intelligence is how it – by necessity – draws from history. Students can gain huge value from learning about intelligence failures such as Pearl Harbour, 9/11, and Iraqi WMD. Similarly, intelligence successes such as Operation Crossbow, the cracking of the German Enigma codes during WWII, and more recently the assassination of Osama Bin Laden offer learning opportunities. Through these examples, we can explore intelligence tradecraft such as source evaluation, structured analytical techniques, and a multitude of professional standards.

There are numerous works which I have found hugely useful in both my professional and academic study of intelligence, with scholars such as Richard Heuer, Richard Aldrich, and Stephen Marrin producing fascinating papers. With CTI developing as a discipline, the academic study of intelligence provides numerous case studies, explanations of tradecraft, and advice for those building a CTI capability.

An exciting area of study is the overlap between intelligence analysis and other disciplines. Obviously we’re not the only profession out there attempting to make sense out of noise, dealing with confusing and contradictory evidence, and then communicating this to a consumer. For example, Stephen Marrin has an excellent article which explores lessons for intelligence analysts from the medical profession.

My foundation in intelligence was provided by military training, however it’s only since studying intelligence academically that I have really critically engaged with the subject. I would challenge anyone interested in pursuing a career in CTI, or those developing CTI capabilities to explore the academic intelligence world, as there is plenty of useful and fascinating lessons to learn. As well as this, the broader academic mindset of peer review and challenge is also a hugely useful mentality to apply to any intelligence analysis work.

At Digital Shadows, we’re striving to continue the professionalization of intelligence analysis through engagement with academia. We recruit a mixture of graduates and experienced analysts, all with inquisitive minds and a passion for analysis, using this to assist our clients, and using academia to improve their skills. We have tools such as Language of Uncertainty, Structured Analytical Techniques, and link analysis to assist with our work. None of these are intelligence tradecraft from the murky world of government, but openly available techniques, supplemented with academic study. There really is a lot to learn from academia.