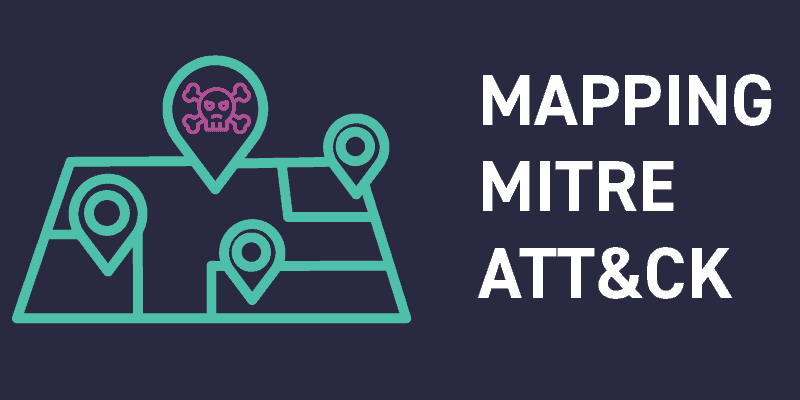 Digital Shadows recently published a free research paper titled Initial Access Brokers: An Excess of Access, outlining the emergence of these murky figures in the ransomware ecosystem. Ransomware operators typically procure hundreds of available accesses to organizations across every vertical from these Initial Access Brokers.

Digital Shadows analyzed more than 500 access listings on cybercriminal forums from January to December of. 2020. While Initial Access Brokers exploit a variety of access points to conduct their malicious operations, our data analysis revealed an outlier. Listings advertising access through compromised Remote Desktop Protocol (RDP) servers were by far the most common.

Remote Desk Protocol is a Microsoft protocol running on port 3389 that allows a computer to control another computer over a network connection. Essentially, RDP is one of the most common tools for managing remote devices, and it has become a key component of remote working models throughout 2020.

Maintaining business continuity during the first months of the COVID-19 pandemic was essential, and RDP provided just that by enabling remote workers to access corporate resources and networks remotely. Unsurprisingly, this increase in home-to-work connection greatly expanded the organizations’ attack surface. Researchers claimed to have observed a 768% growth in Remote Desktop Protocol attacks throughout 2020, for a total of 29 billion attempted attacks directed at RPD servers.

However, many companies were not prepared for sudden work-from-home orders and had to rush implement technology to enable their employees to work remotely. Many organizations didn’t ensure minimal security checks, thus leaving RDP vulnerable to attackers. When compromised, RDP servers offer cybercriminals an open door into a corporate environment and allow them to gain full control over a remote machine with almost no access limitations. Once they’re in, attackers can steal sensitive files, use the device as a proxy for fraudulent activity, or plant malware.

Ransomware operators have frequently demonstrated an appreciation for poorly secured RDPs; groups such as Ryuk and Sodinokibi have all been detected using RDPs to gain an initial foothold in victim environments. According to FBI Special Agent Joel DeCapua, “RDP is still 70 to 90 percent of the initial foothold that ransomware actors use”. A pretty scary number if you ask me.

MITRE ATT&CK is a valuable knowledge database for organizations seeking a better understanding of the threats they may be exposed to. As RDP exploitation is the primary access vector observed in our latest research piece, we thought it would be useful to map this technique to the MITRE ATT&CK framework.

Both script kiddies and established cybercriminals aim to gain initial access to organizations via RDPs for various operations. Initial Access Brokers can use several freely available tools such as Shodan and ZoomEye to scan the web for the ports and protocols typically used by Remote Desktop Protocol. Identifying internet-facing RDPs is usually the first step for threat actors interested in compromising RDP endpoints. Information extracted from these scans can then give malicious actors the necessary means to gain the initial access into a corporate network.

Obtaining and exploiting existing account credentials can support Initial Access Brokers in the stages of initial access, persistence, and privilege escalation. Valid credentials can be obtained in various ways, but, as aforementioned, brute-forcing techniques (T1110) remain the most common. It is relatively easy to find default and common RDP passwords on the internet, like in this GitHub repository. Additionally, various widely-available cracking software such as NLBrute and RDP Forcer can be used by any kind of attacker, regardless of their technical capability.

After gaining access to a corporate network, Initial Access Brokers may exploit vulnerabilities in remote services to support lateral movement. Moving within the targeted network can offer the attackers the chance to expand their offering on cybercriminal forums, thus bumping the price up for potential buyers. Digital Shadows has identified listings advertising access to both one machine and entire networks, as we discussed in the report. The difference is only likely to be reflected in the price (e.g., the whole network would likely attract a higher asking price).

Having gained and secured access to corporate networks, Initial Access Brokers visit their cybercriminal forum of choice and try to sell their access to the highest bidder. We defined IABs as “customer agnostic” because once they’ve sold their goods, they’re typically not interested in the buyers’ use of that access. For this reason, we’ve identified the two most likely impacts caused by IABs selling RDP access to other threat actors.

Threat actors/groups are likely to leverage the access provided by IABs to deploy ransomware, encrypt the data present in targeted networks and demand a ransom. Ransomware operations have been one of the most prominent threats in the cyber landscape throughout 2020. Following the subsequent demand for immediately available network accesses to deploy ransomware strains, IABs evolved to offer access to a wide range of companies regardless of size, industry, and geographic location. Additionally, in 2020 Digital Shadows has observed several ransomware groups actively recruiting Initial Access Brokers to include in their affiliation schemes.

Remote Desktop Protocol accesses can also be used by threat actors to conduct Distributed Denial of Service attacks (DDoS). When RDP authentication is enabled on UDP port 3389, attackers with limited resources can exploit these servers as a force multiplier to launch large-scale DDoS attacks. These attacks can be carried out for a wide range of malicious activities, including extortion, hacktivism, and political purposes. Although less threatening than ransomware operations, DDoS attacks can still represent a significant risk for organizations in terms of business continuity and brand reputation.

Initial Access Brokers are attracted to Remote Desktop Protocol servers because they are widely available, relatively easy to compromise, and can potentially serve several cybercriminal operations. As a result, cybercriminal forums are replete with compromised RDPs that IABs offer to the highest bidder.

Mitigating against this threat is a tricky endeavor. Having internet-facing RDPs is far from an ideal configuration from a security standpoint. In our report, Initial Access Brokers: An Excess of Access, we propose a two-fold approach to mitigate the threats linked with compromised RDPs accesses.

First, security teams should try preventing Initial Access Brokers from accessing vulnerable Remote Desktop Protocol servers. Like many financially motivated threat actors, IABs will often target the “low-hanging fruit” that requires less work and often a quicker route to monetization. That’s why making yourself a difficult target can be extremely useful against the most casual adversaries. Detailed mitigation strategies can be found in the report, but here are some basic tips:

It is fundamental to keeping a close eye on Initial Access Brokers listings in cybercriminal forums on top of RDP-specific measures. Having an in-house or outsourced Cyber Threat Intelligence (CTI) team can quickly identify trends and listings relevant to your organization. This practice can help security teams prioritize the most vulnerable areas, thus granting a more robust security posture.

If you’d like to trial getting a clear picture of your attack surface, SearchLight aggregates data from billions of sources across the open, deep, and dark web, giving you a picture of your network exposure in real time. Unlike other threat intelligence providers, Digital Shadows focuses on high priority, actionable alerts as they relate to genuine threats to the business and likelihood of an exploit— not a deluge of CVEs. Get a 7-day trial of SearchLight here