General Cyber Security / NATO Leaders are Meeting at the Madrid Summit 2022: What is going to happen?

NATO Leaders are Meeting at the Madrid Summit 2022: What is going to happen? 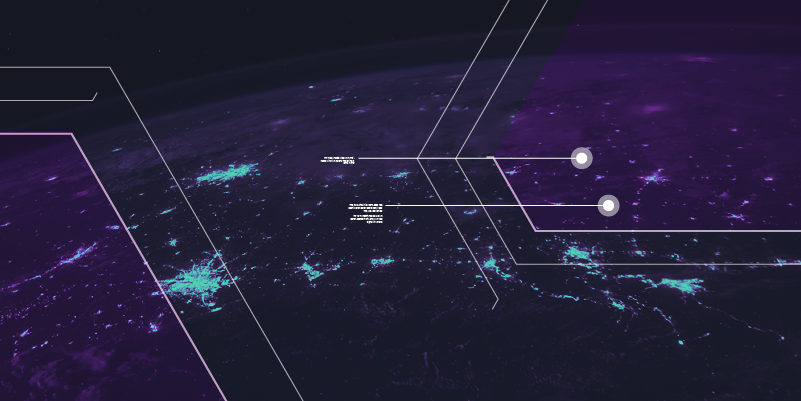 Today, the leaders of the North Atlantic Treaty Organization (NATO) are gathering in Madrid, Spain for their annual Summit, where leaders from the 30 member countries meet to discuss the key issues facing the Alliance. This year’s Summit will be critical for the imminent and long-term future of this military and political defensive alliance, and will likely have a considerable impact on the geopolitical landscape for years to come.

The agenda for this Summit includes some of the most pressing issues that the alliance has ever faced in its history. Russia’s unprovoked invasion of Ukraine and the destabilizing effect this has had across Europe is putting at risk the rule-based system that has granted NATO members several decades of peace. Additionally, the growing influence of other authoritarian states like China and the security challenges posed by climate change will be at the forefront of the Madrid Summit. Critical topics like emerging technologies and collective resilience will also be discussed by NATO Leaders.

And that’s not all! During this Summit, NATO will also unveil and adopt the 2030 Strategic Concept, a key document that will define the security challenges facing the Alliance for the next decade and beyond. This will outline the strategic and practical objectives that NATO will have to meet and how to address them. This document will also serve as a blueprint for the adaptation of the Alliance in this troublesome, changing times.

For all the reasons described above, this blog will analyze the context in which the 2022 NATO Summit is taking place and which key decision may emerge for the future of the Alliance and the global order. Additionally, this blog will provide some high-level analysis of the cyber threats that may accompany this critical event.

NATO’s response to the Russia-Ukraine war

The Russian invasion of Ukraine in February 2022 is the latest event that has highlighted the importance of a stable and peaceful situation along the Eastern European border. However, NATO had been providing significant training and assistance to Kiev since Russia illegally annexed Crimea in 2014. Today’s events are a direct consequence of that annexation and speak volumes to the importance of finding a long-term solution to Russian aggressive behavior towards some of its neighbors.

Although Ukraine is not part of the 30 NATO member states, it does maintain the status of a NATO partner country—a status that ensures close political and military cooperation with the other member states but not the same security measures included in the Alliance’s founding treaty.

Since the outbreak of the 2022 Russia-Ukraine war, NATO has offered military training to Ukraine and is supporting member states in the delivery of humanitarian and non-lethal aid. Additionally, NATO members are unilaterally sending light and heavy military equipment to help Ukraine uphold its right to self-defense and providing financial and humanitarian assistance to Ukrainians civilians and refugees.

From a cybersecurity point of view, NATO member states have acted individually and through parallel international frameworks to support Ukraine in face of the Russian cyber threats. As we’ve extensively discussed in the past, Russian-associated advanced persistent threat (APT) groups have targeted Ukraine and allied countries with disruptive and destructive malware, online influence campaigns, and defacement cyber attacks both before and during the invasion.

For this reason, senior cyber coordinators from NATO member states met in Brussels on 18 May 2022 to discuss the cyber threats stemming from the Russia-Ukraine war and to consider potential collective responses. In this context, NATO serves as an excellent platform to share intelligence, exchange best practices, and increase the cyber resilience of its member states. Allies are now expected to affirm a stronger stance at the upcoming Madrid Summit, with cyber defense matters being one of the most central topics that will appear in the upcoming Strategic Concept.

Cyber threats to the 2022 Madrid Summit

The relation between NATO members and Russia is severely strained at the moment due to the events following the Russian invasion of Ukraine. The developing relationship between NATO and Ukraine notably worries Russian President Vladimir Putin, who sees the possibility of Kiev joining the Western military alliance as a severe threat to his internal stability and external ambitions.

For this reason, we assess that Russian state-sponsored or state-encouraged threat groups will likely target NATO, its members, and its host country during the Madrid Summit.

One of the most likely groups that will attempt to conduct malicious cyber activity against NATO over the next few days is “Killnet”. As we recently discussed in one of our blogs. Killnet is a pro-Russian hacktivist group that has been relentlessly launching waves of attacks against NATO members and Ukraine-supporting countries. The group recently went as far as declaring war on multiple countries and other hacktivist groups, with its Telegram channels counting more than 100,000 subscribers that follow the orders of Killnet’s operators.

In the past few weeks, Killnet has been encouraging its members to conduct distributed denial of service (DDoS) attacks against NATO targets. This behavior is in line with what we observed in the past. For example, on 16 May 2022, Killnet declared a cyber war on ten countries: the UK, the US, Germany, Italy, Latvia, Romania, Lithuania, Estonia, Poland, and Ukraine. Since this announcement, Killnet and its subgroups have been relentlessly launching DDoS attacks against organizations operating in those countries’ key sectors to take the victims’ websites offline using DDoS and damage the economies of the targeted countries.

On top of hacktivist groups, sophisticated state-sponsored groups are likely to conduct malicious activity ahead of this Summit. APT groups such as Sandworm, APT28, and APT29 are often very active during political events of this magnitude, as the potential for the extraction of sensitive information is extremely high. These activities though tend to be less spectacular than the DDoS conducted by hacktivist groups; as such, it is likely that their activity will fly under the radar for quite some time.

Prominent political events like the 2022 NATO Madrid Summit are likely to attract a plethora of threat actors’ activity given their potential for sensitive information and media attention. Monitoring these events is no trivial task, so let us help you.

Take a comprehensive look at the data that we used to build this blog with a free 7-day trial of SearchLight here. You can additionally get a customized demo of SearchLight to gain visibility of your organization’s threats and potential exposures, including access to a finished threat intelligence library with MITRE associations and mitigations from Photon Research.

Tags: APT / Intel tradecraft / MITRE / Sandworm / threat actor
We use cookies on our website to give you the most relevant experience by remembering your preferences and repeat visits. By clicking “Accept”, you consent to the use of ALL the cookies. However you may visit Cookie Settings to provide a controlled consent.