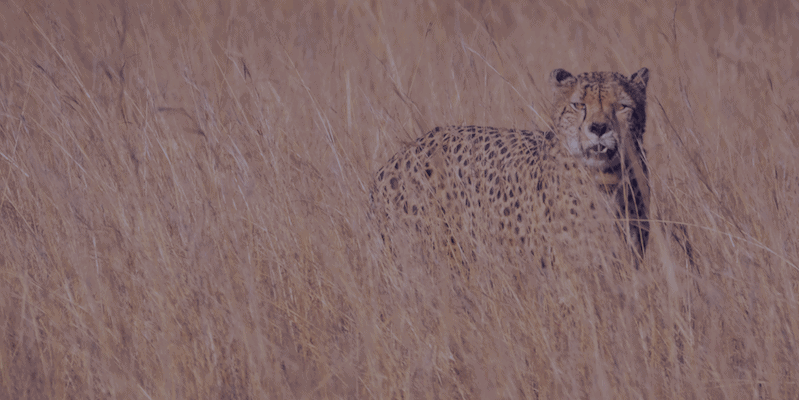 The phrases “attacker’s mindset” or “think like an attacker” are often used in cyber security to encourage people and organizations to get inside the head of the groups which are targeting them. In some sense this is good advice, attempting to get out of your own mindset and seeing things from a different point of view can offer a useful perspective. However, the attacker’s mindset is seldom clearly described and is often left up to the reader’s imagination.

In this blog, I would like to propose one way, there are many others, of modeling the attacker’s mindset. Namely, that of a predator. The natural world has provided many examples of predators and their behavior and it can be illuminating for network defenders to attempt to think in a similar way.

Ambush predators are one type of carnivorous animal and they are distinguished by an approach to hunting which relies on stealth or strategy as opposed to speed or strength. Already this description draws parallels with certain APT groups who are infamous for operating below the radar.

Hallmarks of this behavior is aggressive mimicry and camouflage are ways to deceive prey into believing predator activity is something else. Applied to cyber security, this can be  typosquatting domains, phishing landing pages which attempt to replicate legitimate login pages, obscuring email addresses or domains to attempt to hide their real identity, spoofing social media profiles to gain followers or interact with targets, and other types of social engineering.

Aggressive mimics also attempt to attract prey towards them before striking. One way this is done in the natural world is by promising nourishment. This is also paralleled online: social engineering techniques often promise something to the target in order to induce them to click on a link or open an attachment. These lures can be “get rich quick” schemes, alluring photos, tantalizing information or threats of late payments or exposure of sensitive information. Watering hole attacks are a particularly close parallel to the hunting strategies used by ambush predators in general and aggressive mimics in particular.

Prey selection is an important aspect for predators in the natural and online worlds. The cliché is that predators select prey who is young, weak, infirm or otherwise less capable. Researchers have tested this hypothesis and found this to be the case in mountain lions. This approach has two main parallels:

Another strategy used by predators is what is known as persistence hunting (sometimes called endurance hunting). This is a hunting technique in which hunters, who may be slower than their prey over short distances, use a combination of running, walking, and tracking to pursue prey until it is exhausted.

We can see parallels with cyber security from this description: from the name APT we can see that Persistence is solidly a part of the APT tradecraft that is frequently observed. The average dwell time for an attacker in a target environment can be hundreds of days. If a target is considered to be a high value target for collection, it can be expected that an attacker will not be easily dissuaded by one method of gaining access being shut down. Recent indictments show that threat actors will use a variety of TTPs in order to successfully gain access into a target environment.

Into the Attacker Mind

The attacker mindset closely tracks the way that predators approach their prey. In the natural world, predators use aggressive mimicry to camouflage their activity and to avoid being correctly identified as hostile by their prey. Part of the approach taken by predators is to lure in their prey by providing tempting lures, such as nourishment, in order to deceive their prey. Predators select their prey by looking for the easy pickings: the old, young, weak or infirm. In some cases, predators persistently hunt their prey until they are ultimately successful. We have seen that there are many parallels with this predatory behavior and the way that threat actors behave online. By incorporating this predatory approach, we can build our own “attacker’s mindset” to better protect our own organizations. We can expect attackers to:

In my next blog, I will look at Anti Predator Adaptions: those techniques that the “prey” have developed in their struggle against predators, and what lessons cyber security can learn.