Cybercrime and Dark Web Research / Rocking the Vote? The Effects of Cyber Activity On The U.S. Election

Rocking the Vote? The Effects of Cyber Activity On The U.S. Election 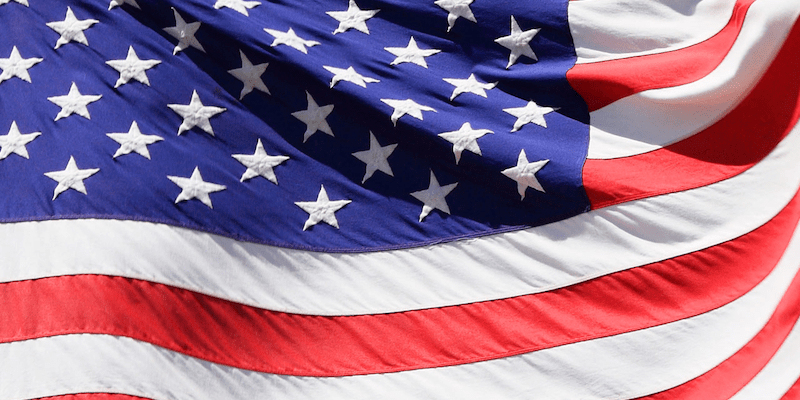 Contrary to some media reporting, our latest research finds that cyber activity during the 2016 U.S. presidential election does not appear to have demonstrably altered events in the short-term.

For this post, let’s leave aside hacktivism campaigns – such as OpTrump and OpKillary – that have been largely inconsequential (you can read the whitepaper for a detailed analysis). Instead, let’s look at the impact of the activities surrounding Guccifer 2.0, WikiLeaks and DC Leaks on public opinion.

Of course, opinion polls are notoriously volatile, and any attempt to map out fluctuations in electoral support in line with cyber events using available polling data would need to be tentative. Moreover, opinion polls change on a day-to-day basis, and it would be very difficult to accurately quantify whether any increase or drop in support was a direct result of reporting on a cyber event, particularly as we do not know how widely or quickly such information would reach the voting public. Finally, there could be any one of a number of reasons for polling fluctuations, therefore trying to tie individual cyber events to changes in polling numbers would be speculative at best.

Despite this, if we look at Clinton and Trump’s polling statistics over a broader period, certain trends emerge which may, in part, have been influenced by cyber events. The graph below presents polling statistics for Clinton and Trump since July 2015 (the area in blue below the line represents the percentage lead of either candidate). This indicates that Clinton experienced her most sustained period of low polling between mid-May and early August 2016. 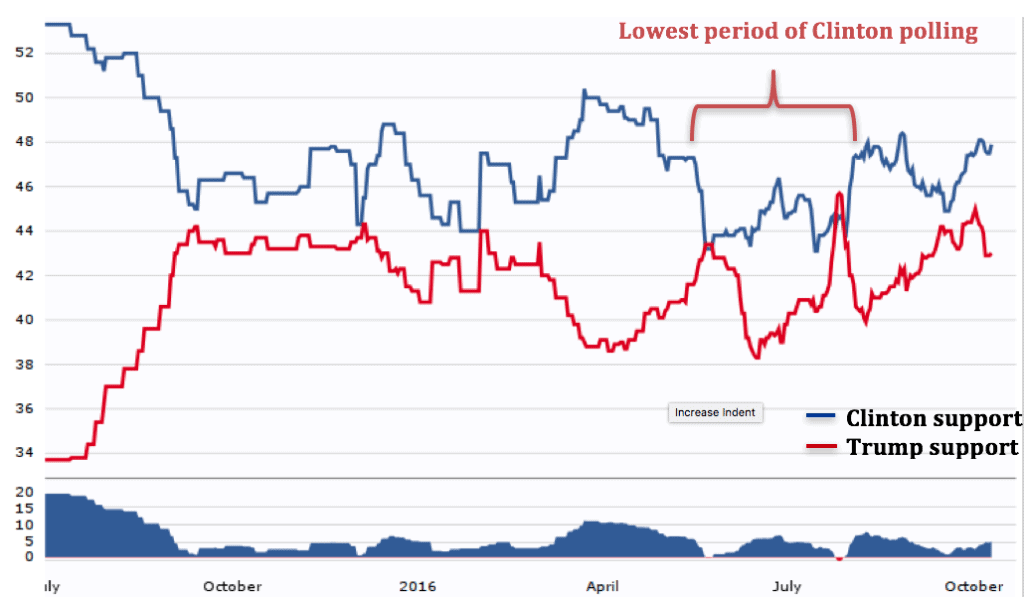 Figure 1: Clinton vs Trump polling data from July 2015 to the time of writing (Source: realclearpolitics.com)

Perhaps coincidentally, the reported compromise of the DNC’s network, the emergence of Guccifer 2.0, the leaking of over 19,000 DNC documents by WikiLeaks, and the reported compromise of the DCCC network all occurred between June 14 and July 29 – the period in which Clinton polled the lowest in her entire campaign. The graph below shows an enhanced snapshot of this period, between late May 2016 and the time of writing, along with some of the major events to have occurred during that time. 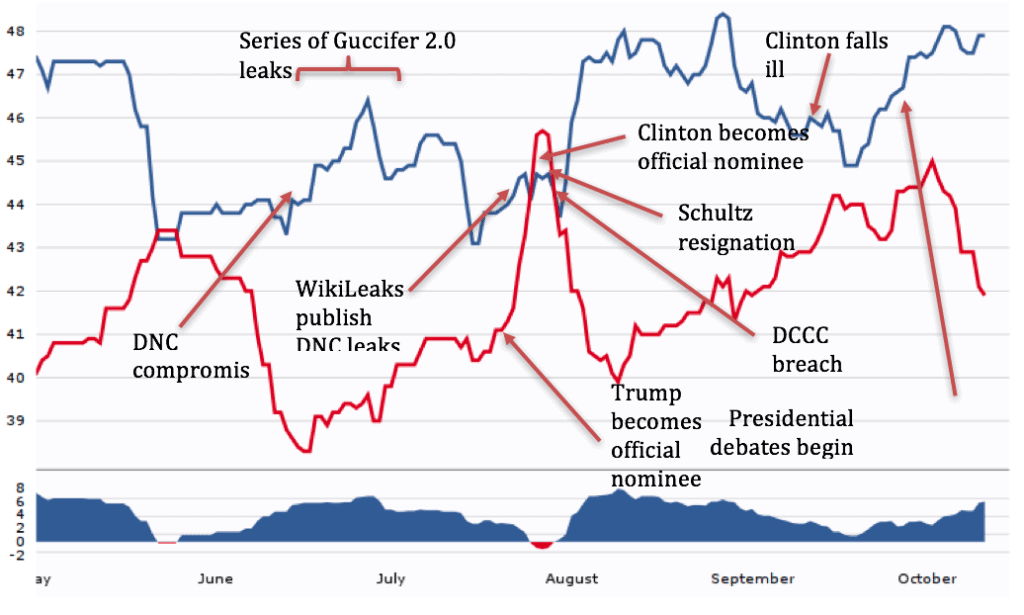 Figure 2: Clinton vs Trump polling data from May 2016 to the time of writing (Source: realclearpolitics.com)

The polling numbers are far from conclusive, and there could be any number of reasons why support for Clinton remained relatively low throughout July. One potential factor may have been the increased media reporting of the cyber activity involving Guccifer 2.0, DC Leaks, WikiLeaks and the attacks on the DNC. Media reporting about the information included in the data leaks increased, and the Democratic Party experienced added public scrutiny in the lead up and during their party convention. Perhaps significantly, Clinton support dropped noticeably in the immediate aftermath of the public resignation of Debbie Wasserman Schultz on July 28, the chairperson for the DNC. The resignation of Schultz was a direct result of the DNC breach data hosted by WikiLeaks. Likewise, increased scrutiny on Clinton and the Democratic Party may have had a knock on effect on Trump’s polling figures, which appear to have steadily risen in line with the sustained spell of cyber activity. We can therefore make a tentative assessment that the combination of cyber events that occurred between mid-May and late July may have had a cumulative effect on the opinion polls, if only for a temporary period. These assumptions, however, cannot be confirmed.

Regardless, it’s clear that any potential impact of this flurry of cyber activity was short-lived. Following her official nomination, Clinton’s polling numbers increased to pre-May levels – prior to the reported DNC compromise and the subsequent data leaks – and have remained relatively constant since then. Trump, on the other hand, experienced a major drop in support following his official nomination. There are, therefore, limits to any analysis that looks at how significant cyber activity has been in terms of voting patterns. In order to assess this further, respondents would need to be asked specific questions about why they favored a particular candidate over another at a specific time. Future analyses of the impact of cyber activity on elections would, therefore, benefit from having such polling data to draw on.

While recent activity may not have rocked the vote towards a particular candidate, it’s also important to consider the public’s declining confidence in the electoral system. As voters’ faith in the electoral system diminishes, there is a chance that voter turnout could be suppressed – a sentiment that may well be exasperated following Friday’s large-scale DDoS attack on Dyn.