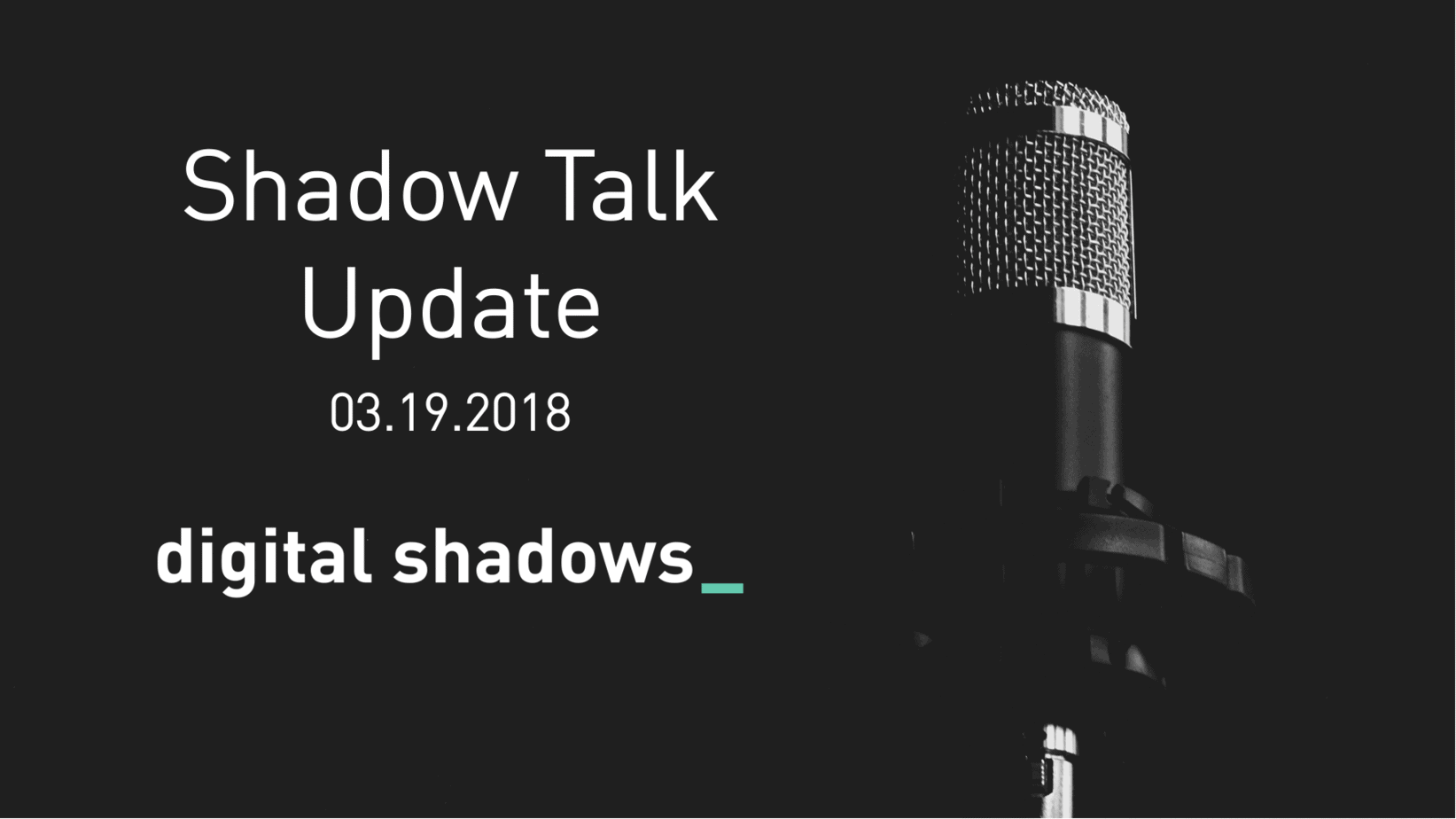 A newly detected cyber espionage campaign used a compromised router as a foothold to drop malicious information-stealing components on to victims’ devices and networks. The “Slingshot” campaign has targeted almost 100 entities to date, predominantly in the Middle East and Africa. The earliest identified samples dated from 2012, which indicates the campaign has avoided detection for six years. Attribution was unconfirmed at the time of writing; however, the attackers appear to be highly skilled and well resourced, indicating they are potentially state-sponsored.

On 10 Mar 2018, researchers at NCC Group reported new activity attributed to APT-15. Two operations impacted an unnamed UK government service provider, with attackers harvesting information pertaining to UK military and government departments. The group used two custom backdoors, custom information-gathering tools and native Windows tools to exfiltrate sensitive information. Following the first operation, which resulted in its ejection from the target network, the group used restructured tactics, techniques and procedures to re-enter the target system. The operations indicated a relatively well-resourced threat actor with a high level of intent to obtain precise information. Although APT-15 has previously been linked to China, there are insufficient indicators to support this attribution at the time of writing.

On 09 Mar 2018 cyber security company Kaspersky, published a report describing evolutions in the toolkit and activity of APT-28, a threat group associated with the Russian state. The report assessed the group now operates in distinct sub-divisions focused on targeting, development and coding. Researchers noted significant overlap of the group’s operations with other APT groups’ activity, including Russian-state–linked Turla. The report also described updates to the group’s operational toolkit and noted that the group has been observed targeting entities in the Middle East and Asia. APT-28’s operational development and its continued targeting of entities within the political or military landscape correlates to previous activity attributed to the group. Therefore, it remains likely that reports of operational activity and attacks attributed to the group will increase in the short to medium term (one to six months).

On 14 Mar 2018, CTS Labs detailed 13 vulnerabilities which allegedly allowed an attacker to install malware on AMD processors and permitted access to protected information located in processor chips. CTS Labs claimed it had provided AMD with 24 hours’ notice before publicly disclosing the vulnerabilities. As no technical details were released with the research, Digital Shadows could not analyze the alleged vulnerabilities.

On 12 Mar 2018, Trend Micro, a cyber security company, reported that government and telecommunications entities in Tajikistan, as well as undisclosed sectors in Turkey and Pakistan, were targeted by activity attributed to “MuddyWater”, an espionage group. The group used similar tactics, techniques and procedures to its previous activity: primarily phishing emails with macro-enabled documents to achieve initial compromise. While technical indicators in this attack overlapped with those seen in historical MuddyWater activity, the PowerShell backdoor payload used in the recent attack had been updated, likely in an attempt to remain undetected. At the time of writing there is little information available pertaining to harvested data or the entities affected. The Saudi Arabian NCSC published an advisory on MuddyWater, indicating the group presents a notable threat to targeted entities.

On 13 Mar 2018, Microsoft Defender published research detailing a SmokeLoader campaign delivering CoinMiner, software which can be used to mine cryptocurrency from target systems. The activity produced approximately 500,000 attempted infections within a 12-hour period. The rapid infection rate was due to a compromised executable for BitTorrent client “MediaGet”, that was distributed via a legitimate program download server and operated as a legitimate program with a backdoor capacity which delivered the Smoke Loader downloader and dropped CoinMiner. It was unclear why Smoke Loader and CoinMiner, malware variants with high malicious detection rates by anti-virus solutions, were deployed in an operation which likely required significant planning regarding the initial infection vector.