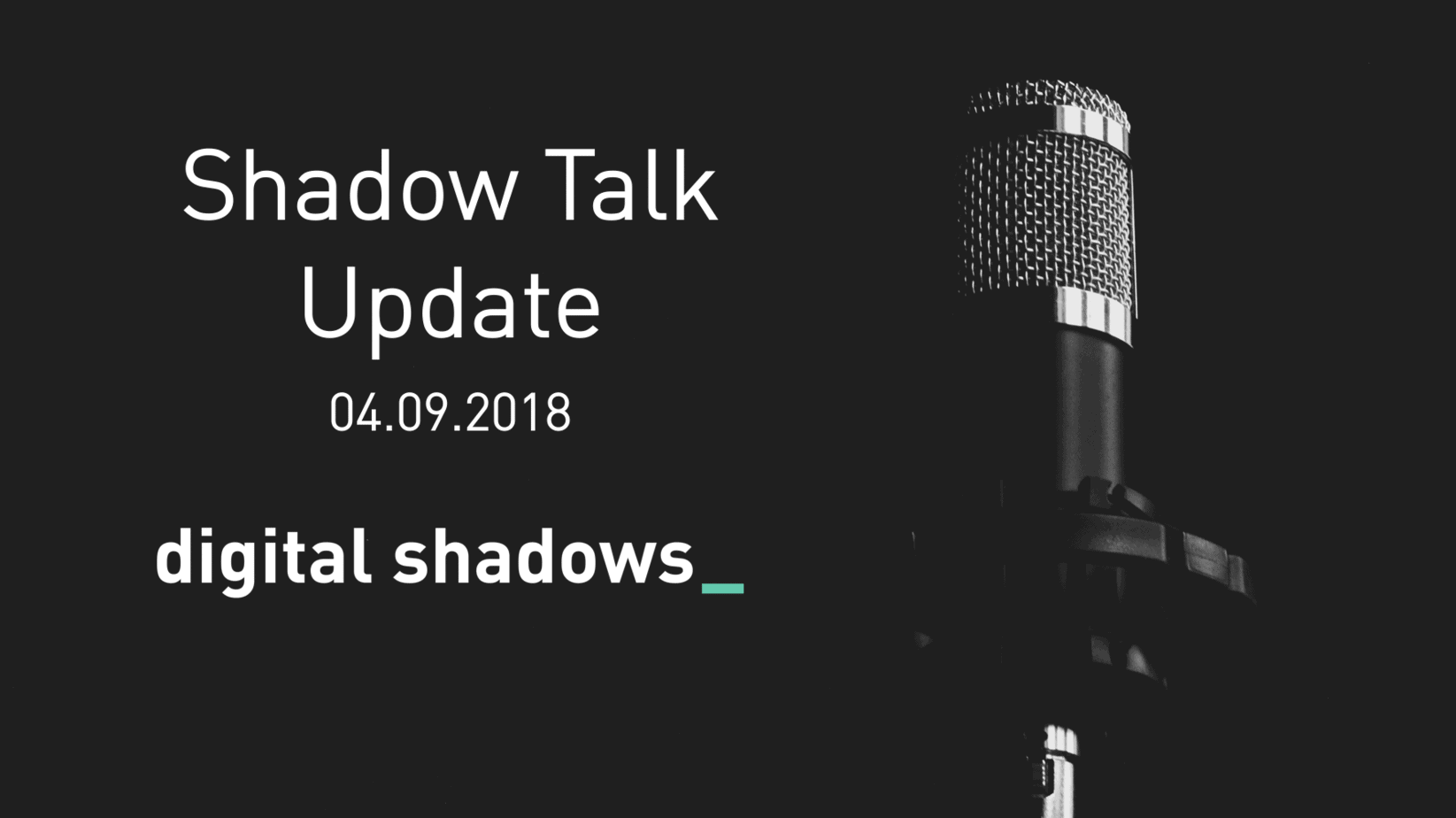 Back from the Easter break, this week’s Shadow Talk discusses what the re-emergence of WannaCry, exposure of Aggregate IQ data, exposure of 1.5 billion files through misconfigured services, as well as lessons learned from the Panera breach, an emerging new criminal market, and much more.

Certain parts of the electronic data interchange (EDI) communication system used by a US oil and gas pipeline company were rendered temporarily unavailable by an unspecified online attack. At the time of writing, the attackers’ tactics, techniques and procedures (TTPs) remain undetermined. The victim company, Energy Transfer Partners LP, stated that the flow of natural gas remained unaffected throughout the incident, and that no information was stolen or compromised. Oil and gas companies, including those affiliated with national infrastructure, continue to be prime targets for financially motivated and espionage-seeking threat actors.

Bank Negara Malaysia claimed to prevent a theft of funds via the Society for Worldwide Interbank Financial Telecommunication (SWIFT) system. The attackers had tried to make fraudulent wire transfer requests through the SWIFT platform. Bank Negara Malaysia stated that no funds were stolen, and that the payment and settlement systems were not affected or disrupted. In the past six months, several financial entities in Russia and South-East Asia have been targeted by attackers attempting to steal funds via SWIFT. The continued targeting of financial institutions and their geographic concentration indicate a single threat group may be responsible. Given that these attacks target banks’ internal security systems, rather than the central SWIFT system, the perpetrators may be perceiving these locations as having weaker internal security standards.

The “WCry” (aka WannaCry) malware reportedly infected a small number of computers at a Boeing production plant, triggering concerns that airframe testing equipment and software may have been compromised. Boeing later stated that no disruption had been caused to its production programs. It remains unknown whether this version of WCry was the same used in the widespread campaign of May 2017, and therefore whether the same threat actor is responsible. Alternatively, this version may have been spoofed and exploited by different threat actors to encourage swift payment of the ransom through WCry’s notoriety.

Credit card details held by luxury retailers Saks Fifth Avenue and Lord & Taylor were breached, and a portion of the data was advertised for sale on dark web marketplace Joker’s Stash on 28 Mar 2018. Security research company Gemini attributed the breach to financially motivated threat actor “FIN7”; however, evidence for this attribution remains unclear. The retailers’ parent entity, Hudson’s Bay Company, did not specify how many customers were affected, but more information may be released in the near future (next three months).

On 02 Apr 2018 security researchers reported that a flaw on PaneraBread[.]com, the main website of United States bakery-café-restaurant chain Panera, had potentially left over seven million customer records exposed since Aug 2017. Threat actors could use the data for identity theft and fraud, although Digital Shadows’ research has uncovered no evidence that the records have been used maliciously. The flaw appears to have been fixed on 02 Apr 2018, but prior to that the information could have been downloaded by threat actors and it may remain available.

Espionage campaign ChessMaster has shown updated TTPs in the ongoing targeting of a variety of industries in Japan, by using an exploit for CVE-2017-11882, which exploits a vulnerability in Microsoft Office’s Equation Editor. Its use has been observed several times over the past five months in campaigns by various threat actors. Enterprises using Microsoft Office 2007 to 2016 should apply relevant security updates from Microsoft.