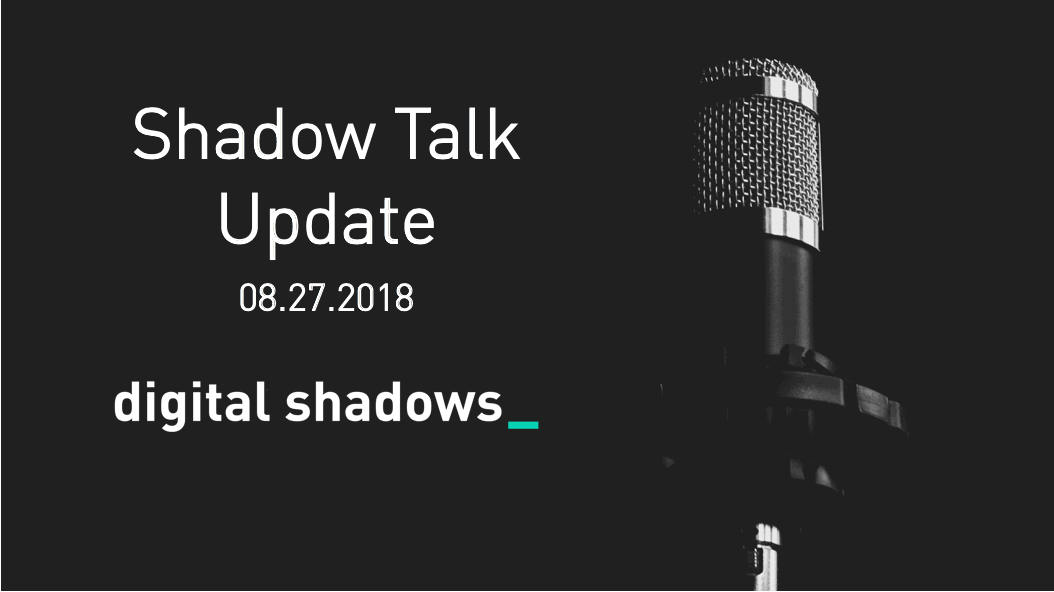 With November’s U.S. midterm elections fast-approaching, we dive into the latest threats and discuss how organizations can understand the threat posed to them by such malicious actors. Dr Richard Gold, Head of Security Engineering at Digital Shadows, joins Mike Marriott to discuss threat modeling; outlining the steps organizations can take to define their critical assets, understand the threat landscape, and create scenarios based on these. This enables organizations to identify security controls that are in place to mitigate, prevent and detect a specific threat actor’s tradecraft, as well as uncover gaps in controls and establish a remediation plan.

Six Web domains spoofing the United States Senate and two Republican think tanks have been seized by Microsoft. The domains were attributed to the Russian threat group APT-28 (aka Fancy Bear), although reporting has cited no evidence to corroborate this assessment. In the prelude to the 2018 mid-term elections, Microsoft has increased efforts to identify and block malicious websites. After the 2016 United States presidential election spoofed domains were detected, which had allegedly been used as conduits for phishing attacks and were attributed to Russian threat actors.

The Necurs botnet and the TA505 threat group featured in recently reported cyber incidents and are interlinked: TA505 has relied heavily on the botnet’s infrastructure for its spam campaigns, and Necurs’ periods of dormancy have coincided with decreased TA505 activity. Between 15 and 16 Aug 2018, two campaigns were identified that specifically targeted the finance industry. The first sought to coerce victims into opening malicious attachments to distribute the “FlawedAmmyy” remote-access trojan (RAT) via Necurs. The second involved the distribution of a new modular malware variant, “Marap”, and has been attributed to TA505 by security researchers at Proofpoint.

Pro-Russian hacktivist group CyberBerkut released a series of Ukrainian-language documents on 15 Aug 2018, allegedly outlining a sabotage plan headed by the Special Forces of Ukraine to contaminate the waters of the Donets river with radioactive material. The group did not provide details as to how the documents were obtained. The release of allegedly classified documents is consistent with previous CyberBerkut activity; however, the group has a history of releasing fraudulent information, so the legitimacy of the documents could not be independently confirmed. CyberBerkut will likely remain active, given the geopolitical climate surrounding Ukraine and Russia, and Ukraine’s Independence Day on 24 Aug 2018.

A newly patched vulnerability in Microsoft Internet Explorer has been actively targeted by the threat group “DarkHotel”. CVE-2018-8373 can be exploited by an attacker to execute arbitrary code, as the vulnerability affects how scripting engines handle objects in memory. Recent versions of Internet Explorer disable the execution of Visual Basic Script as default, but older versions are susceptible; Microsoft has released a patch to address this flaw. DarkHotel has been known to target zero-day and new vulnerabilities as standard modus operandi; reporting did not specify which industry this particular campaign targeted.