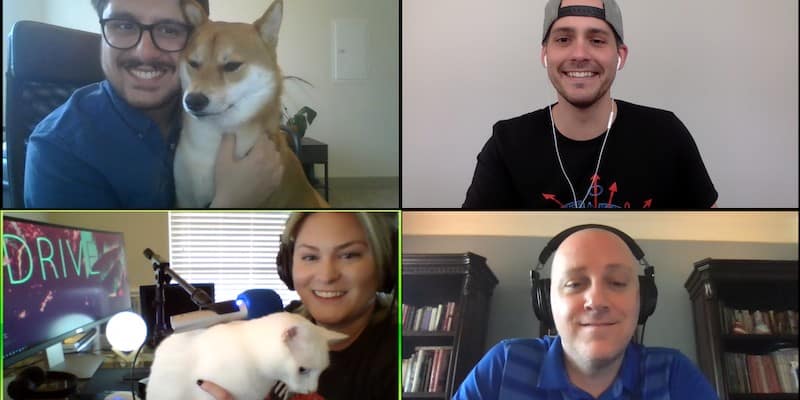 This week the team looks at some Coronavirus threat intel updates including a Threat Model of the Remote Worker and the top businesses and industries most likely to be targeted by cyber attacks.

Then the team looks at some cybercrime stories including how the Kapusta service is using marketing tactics, and a story around FSB arresting a cybercrime group. Finally … an advanced persistent… cow?

Hear this and more from Kacey, Alex, Harrison, and Rick in this week’s episode!

In the past week security researchers published a report that highlights additional details of the TTPs demonstrated by “APT28” (aka Fancy Bear, Pawn Storm, Strontium). A campaign the cyber espionage group launched in May 2019 involved scanning the Internet for vulnerable email servers and conducting credential phishing of unnamed, high-value targets. To distribute credential phishing spam messages, APT28 used compromised email addresses. According to the researchers, the group compromised the systems of defense companies in the Middle East, and targets from the transportation, utilities, and government sectors.

Security researchers detected a “TA505” spearphishing campaign that reportedly has been active since April 2018. The financially motivated threat group has been targeting human resource (HR) departments with trojanized curriculum vitae (CV) files. Recent attacks likely occurred in February and March 2020, with TA505 apparently seeking data stored in Chrome, FireFox, Edge, and Outlook platforms. In this campaign, the group has been using legitimate software (e.g. NetSupport Manager) for information gathering and exfiltration, and Google Drive for hosting their tools.

In the past week there have been several reports of incidents involving ransomware. A new variant, “Nefilim”, was discovered being used in the wild, with its operators threatening to publicly release victims’ information if they do not meet ransom demands within seven days. Nefilim’s operators rely on email for ransom payments, instead of Tor (The Onion Router) payment websites. Other extortion operations used known variants, such as “Netwalker”, which was distributed via phishing emails using COVID-19–themed lures, and “Mespinoza”, which targeted government authorities in France. A new customized ransomware package, “CVartek.U45”, was also advertised on the Torum cybercriminal forum, with the seller calling it “fully obfuscated” and undetectable. 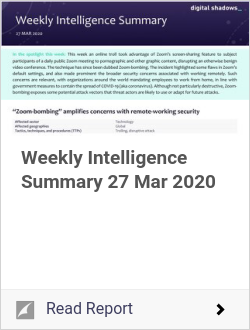