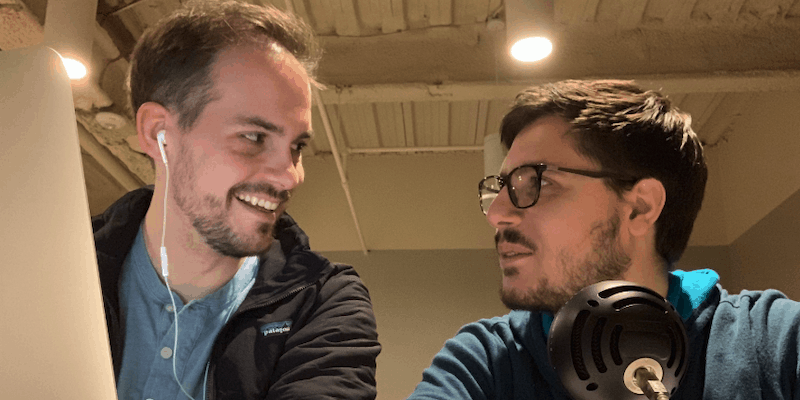 It’s Harrison and Alex this week for your threat intelligence updates. The guys first dig into the NCSC’s recent threat trends report, the first of these that the NCSC has put out. It’s UK-specific, so just like we’ve shared thoughts around the FBI IC3 annual report in the past, which is heavily geared toward the US, it’s good to look across the pond as well. The team digs into 3 main areas:

The team also digs into some recent research around B.Wanted. A few weeks ago, there was a story that Brian Krebs reported on: essentially a user on a dark web forum was offering to sell access to a federal contractor who managed 20+ different federal agencies. Specifically we were looking into the threat actor responsible for selling the access, who goes by the name B.Wanted. The guys dig into some different theories.

Finally we round out the episode with some top shows on Netflix to add to your lists. Enjoy your weekends!

The Iran-linked cyber-espionage group Cobalt Dickens (aka Silent Librarian) has been named as responsible for a phishing campaign targeting more than 60 universities in multiple countries worldwide. The group used relatively unsophisticated social engineering techniques to entice users to access malicious links, with similar tactics to a Cobalt Dickens campaign from 2018. Universities have consistently been targeted by nation-state–associated threat groups from Iran and the People’s Republic of China (PRC), among other countries. A university highly likely presents an attractive espionage target because of its presumed political ties, access to sensitive and personal information, broad attack surface, and reputation―all of which can be exploited for cyber attacks. Similar activity from Iran-linked threat actors is likely to continue over the next year, particularly as tension in the Middle East persists.

Security researchers have reported on a new surveillance campaign spanning several unnamed countries, conducted by an as-yet-unknown threat actor. The attacker abused an exploit dubbed SimJacker to gain access to victims’ mobile devices. Successful exploitation allowed them to execute commands on a device and then carry out a range of actions, including: accessing messages, location data, and service information; sending messages; and launching a phone’s web browser. SimJacker reportedly does not require any interaction from the victim, increasing the likelihood of a successful attack.

On 16 Sep 2019 it was reported that an exposed Elasticsearch server had leaked around 20.8 million user records containing the personal data of Ecuadorian citizens. Potentially compromised data included names, dates of birth, addresses, marital status, national identification numbers, financial and work details, phone numbers, family information, civil registration data, and car ownership details. Approximately 6.77 million data entries reportedly pertained to children under the age of 18; there is no indication that this data has been accessed by any threat actor(s) so far. 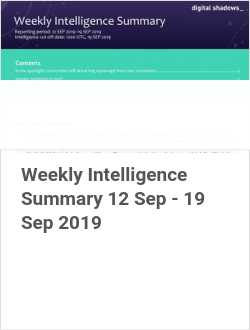