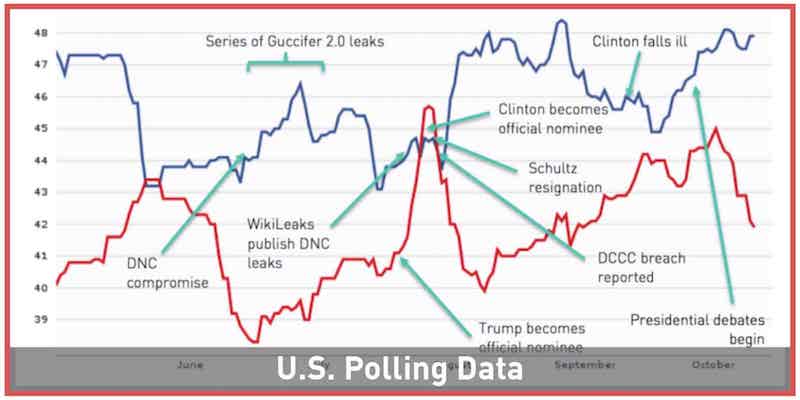 There has been no shortage of media coverage surrounding U.S. election and the associated nefarious cyber activity. Amid all this noise and rhetoric, our whitepaper summarizes what’s happened so far and the impact this has had on the election. But how unique is it for operations to be launched against elections?

In April 2016, a South American hacker revealed his involvement in a covert campaign to swing the 2012 presidential election in Mexico. According to an interview, the hacker, Andrés Sepúlveda, was involved in rigging presidential elections in Nicaragua, Panama, Honduras, El Salvador, Colombia, Mexico, Costa Rica, Guatemala, and Venezuela. Following payment through middlemen, Sepúlveda and his team would manage thousands of fake profiles on social media in order to shape the discussion around political topics and even hack the cellphones and emails of candidates.

In fact, the targeting of elections is far from unique. Nation states have been involved in multiple instances in the past. In 2013, media reports revealed that Chinese government hackers gained access to the computer networks of Sens. Barack Obama and John McCain during the 2008 presidential election. The hackers sought to export a large quantity of data, such as position papers and private emails, from both candidates. Campaign staffers at the time said that they grew suspicious that they were being monitored after Chinese officials approached them to complain about foreign policy positions written in secret, internal documents that had not yet been publicized. According to media reports, it appeared that the Chinese had penetrated the campaign networks to observe how the candidates’ policies on China were being developed.

This episode represents a more conventional intelligence collection operation, where nation state actors would more likely be interested in sensitive data that would provide a strategic advantage or allow for future planning measures. An additional motivation would be “entrenchment” and the continuation of undetected access to their target’s systems in order to maintain their strategic viewpoint. We assess it to be highly likely that similar operations targeting the current U.S. election are ongoing along with the current campaigns that involve the disclosure of public information.

However, this election cycle appears to have revealed a variation of this model. The United States Intelligence Community and a number of security vendors and commentators have tied leaks originating from WikiLeaks, Guccifer 2.0, and DC Leaks to Russian state-sponsored actors, though this assessment remains unconfirmed. If the allegations of Russian Government involvement are true, this would be an unprecedented effort on the part of a nation state to disrupt a U.S. election through network penetration and public data leaks. Rather than being interested in the policy documents maintained in the servers of the Democratic National Congress (DNC) and Democratic Congressional Campaign Committee (DCCC), these unspecified Russian cyber actors appear to believe that the data has more value as a public disclosure. The motivation for doing so is unclear, though it may represent an effort to influence public opinion or discredit a particular candidate. Conversely, it could simply be an overt display of an actor’s power and capability and a way for them to project power onto the world stage. In spite of that, the exact nature of the operation and its ultimate objectives remain unknown.

There are, of course, many differences between the Sepúlveda’s operation and the current campaign targeting the U.S. Democratic Party. While the former was kept covert to protect the integrity of the targeted election, the latter has been largely overt and had relied on media attention to generate negative publicity.

It is likely that cyber operations targeting either elections in general or candidates specifically, will continue. Irrespective of whether these operations will be covert or overt, it is fair to expect that future elections will be similarly impacted – and not just in the United States.