Brand Protection / Valentine’s Day: Share your love, not your credentials 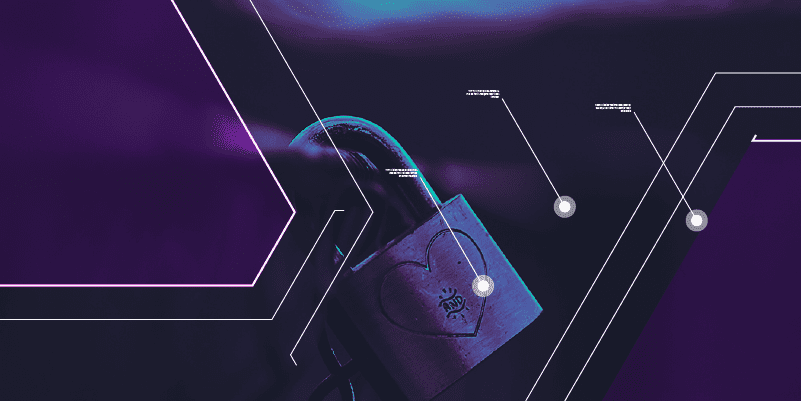 As the yearly day of love approaches, this is probably something you’d like to avoid. While Valentine’s day may draw imagines of love hearts, chocolates, and flowers, the occasion also represents an opportunity for those without warm intentions. We’ve previously reported on the use of events like Black Friday as an occasion that is exploited by malicious actors, and 2022’s first e-commerce event of the year is likely to generate similar results; many cyber threats actors are opportunists that will exploit any public event or holiday that is likely to generate interest. Phishing emails and other social engineering campaigns should be expected during this time, which is highly likely to coincide with a deluge of fraudulent and fake material being sold online.

Valentines or love-related themes have long been used by threat groups to solicit interest in phishing emails. Last year, emails masquerading as orders from lingerie shop Ajour Lingerie and flower retailer Rose World were found to be spreading the BazarLoader malware. In 2019, the GandCrab ransomware was also identified as using Valentine’s day themed phishing emails as a medium for gaining initial access at targeted companies. If you really want to go back in time, there was the ILOVEYOU virus in May 2000, that spread via malicious emails and was believed to have impacted around 50 million computers worldwide; approximately 10% of internet-connected computers at the time. This social engineering attack started with the words, Are you my secret admirer?; humans are a curious bunch, and romance-related phishing emails are likely to present threat actors with a good chance of gaining interest from recipients.

What types of social engineering threats will actors likely use during this occasion? As you’d imagine, this can be limited only by the creativity of the threat actor, however often involves the use of emails masquerading as e-greetings, delivery of goods and services, or distributing fake domains offering Valentine’s Day deals. Searches conducted through Searchlight identified a significant uptick of Valentine’s Day material being referenced on suspicious domains in January and February. A large spike can also be seen around August, which possibly represents the Qixi Festival which takes place in August each year, also commonly referred to as the Chinese Valentines Day.

While the overwhelming majority of these domains will be legitimate, a small but significant percentage will not. Users should be aware of any domains containing spelling mistakes in the URL or other portions of the site, branding errors or inconsistencies, or otherwise offering deals that don’t appear to be legitimate; we’ve said it several times before, but if it appears too good to be true, it probably is. If something arrives from an unexpected or unverified source, or at an odd time, treat it with suspicion.

Even legitimate sites may be targeted by threat actors, knowing that the increased numbers of online shoppers could present an opportunity for financially motivated threat actors. Magecart related threats—which involve the use of malicious JavaScript injection onto e-commerce websites—are likely to be prevalent during this period. For consumers, be aware of where you are entering your payment card details. Best practice is to manually navigate to websites through a search engine rather than directly interact with redirects contained in an email. It may also be advisable to stick to larger retailers known to have more stringent website security like Amazon or Ebay, as opposed to independent e-commerce sites. Of course, the flip side is that these larger brands are more likely to spoofed with fake domains targeting online shoppers.

One other Valentine related scam that is likely to surface is the fake e-greeting being delivered via email. These often solicit interest by suggesting you have an admirer, or otherwise offering receipt of time-limited goods or special offers, of course, only if you’d be so kind as to click that link contained inline. From here, you could be directed to a malicious attachment or domain that uploads malware, or harvests credentials. This could also manifest through the use of fake QR codes, which have recently been identified as an increasing attack vector for threat actors to seize payment information.

Ultimately, social engineering and phishing emails have been around for decades and continue to be used because ultimately, they work. Who doesn’t like flattery or receiving gifts, but don’t be tricked into interacting with something that could lead to a malicious outcome.

A recent public service announcement (PSA) from the FBI has warned of several romance related scams, many of which are related to direct messaging on dating websites.  This has coincided with a similar announcement from West Mercia police within the UK, who also warned of the pitfalls of romance related fraud. Daters who strike up online relationships between Christmas and Valentine’s Day are reportedly the most likely to be susceptible to romance fraud. Many of these scams take place over several months, with the threat actor gaining the victim’s confidence slowly, before making requests for payment. The reasons for these payments include cash to fund trips to see the recipient, money to pay for emergency medical expenses, lucrative investment opportunities, and pretending to be military personnel or working overseas.

The best defense against romance scams on dating sites—and indeed on other social media— is education and awareness, but also taking steps to minimize your digital footprint. By providing an unnecessary amount of information on your profiles—which includes sharing sensitive personal and financial information—you’ll provide opportunities for threat actors. Even the smallest detail like dates of birth or names of your family could be used to facilitate a larger social engineering attack.

What you can do to stay protected:

Additional vigilance during e-commerce events can minimize many of the risks associated with financial fraud or wider social engineering attack. Just being extra mindful of what you’re interacting with on websites or what arrives in your mailbox, can stop many attacks from occurring in the first place. Here are a few tips.

If you’re looking for further advice on staying safe online and minimizing your digital footprint, then look no further. Our proprietary software Searchlight assists our clients in identifying exposures, alerting in a timely manner, before offering sensible options for remediation. If you’d like to learn more, please sign up for a demo of SearchLight here.