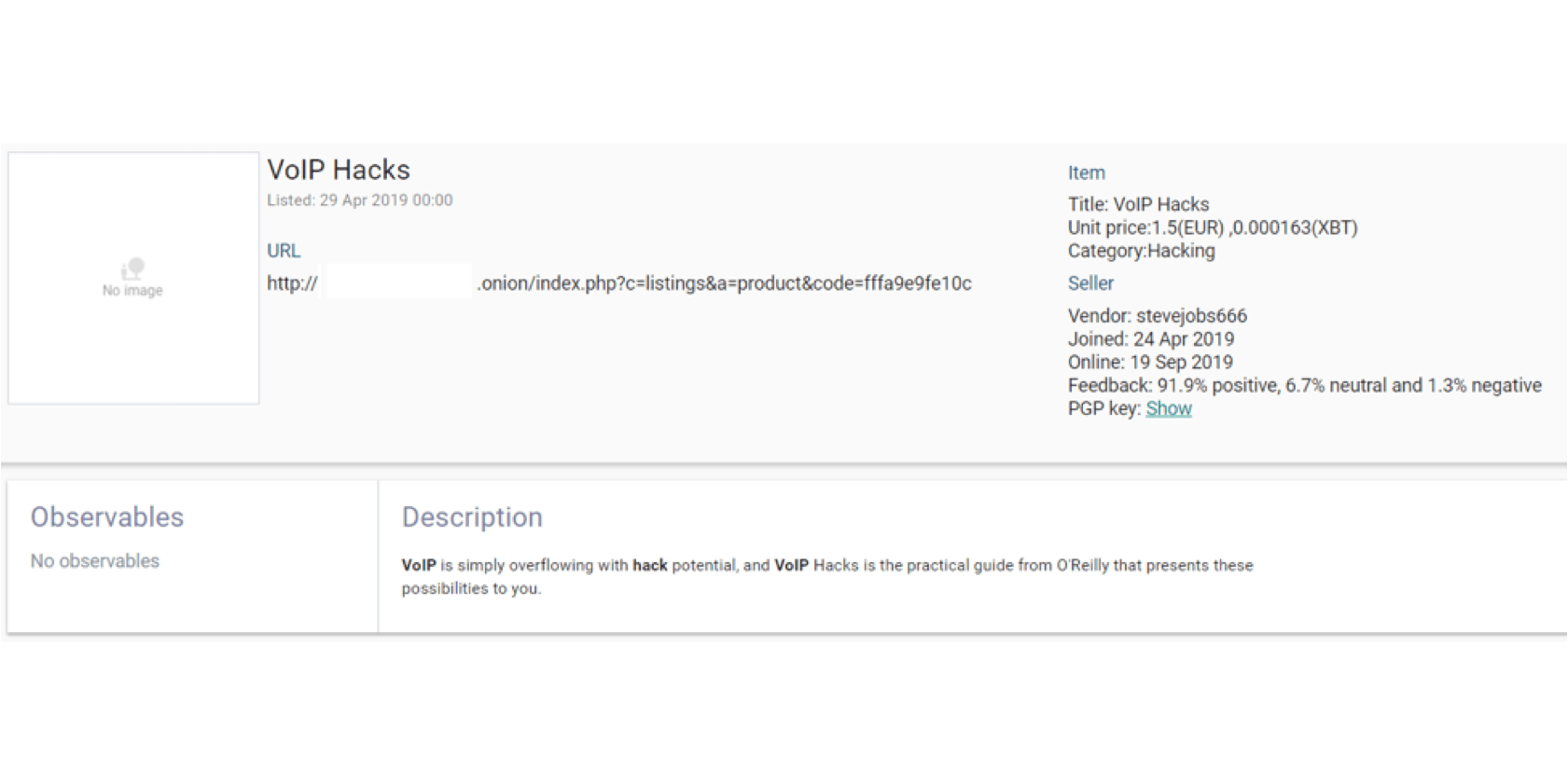 VoIP, or Voice over Internet Protocol, is the protocol via which voice communication and multimedia session are delivered via Internet Protocol sessions. This somewhat unexciting description underlines the overwhelming effect that VoIP has had on computing and telephony over the last decade. Moving towards a more interconnected, globalized economy, both business and home users have adopted unified communication devices that combine phone calls, messaging services, fax services, and web conferencing into one, all via the Internet. Notably, as early as 2008, 80% of all new Private Branch Exchange (a multi-line business telephone system) lines installed internationally were VoIP. Services such as Skype and Zoom are ubiquitous in the business world, and Discord and WhatsApp are prime examples of widespread adoption for personal communications.

VoIP not unnoticed by attackers: APTs and cybercriminals

So, VoIP is here to stay, but so are those who seek to target these services. Attackers can try to both intercept the various contents of a VoIP session and also use it as a stepping stone into the wider personal or corporate network. Examples of such threat actors include the ever-creative APT28 (aka Sofacy, Fancy Bear, etc.), who have been observed targeting VoIP technology (among other IoT devices) such as phones and printers as recently as April 2019, in a report published by Microsoft. In these cases, the VoIP applications were used as avenues into the broader network infrastructure, but VoIP can also be the primary target of an attack.

Commercial spyware, like Pegasus, has also demonstrated the capability of using VoIP as an initial attack vector, delivered to targets by exploiting a vulnerability in WhatsApp. Initiated merely by calling the phone number of the targeted individual over WhatsApp, successful infection allegedly did not require the user to answer the call. The spyware can also remove any trace of the infection event from the device’s communication logs, preventing users from even being aware that their communications were being intercepted.

The targeting of VoIP has also spread to deep and dark web cybercriminal forums and marketplaces. Common listings include “how-to” guides on hacking VoIP, as well as malware that explicitly targets VoIP applications. As a testament to the ubiquity of VoIP-related apps and their value as targets for cyber threat actors, one listing’s description reads:

VoIP vulnerabilities and leaks, oh my

Another aspect of VoIP exploitation is how leaked exploit code that has previously been used by nation-state groups has influenced the broader development of targeting VoIP applications. The aforementioned Pegasus malware, for example, was initially developed by an Israel-based company for use by governments in counterterror or police operations. Continuing this trend, the FinSpy malware is a direct descendant of FinFisher, a piece of custom malware developed by Gamma International. FinFisher was famously leaked in 2014 and has now been detected in the wild targeting users in over 20 countries. FinSpy targets VoIP content as its primary objective rather than seeking to leverage VoIP application as a gateway into the wider network. Such applications are often generally touted as “secure” and “encrypted”, leading to their adoption for the transmission of sensitive communications, making them particularly attractive targets.

How to future-proof: Security, protection, and patch management

The commercial drivers behind VoIP technology almost guarantee the technology’s continued adoption within the business IT environment. Mitigating the threat is as much about managing the ever-expanding number of applications as it is dealing with specific VoIP-related vulnerabilities. Despite this, several VoIP-specific steps can be taken to mitigate the threat; these include:

Check out our weekly intelligence summaries to stay up to date with the latest threat actors, campaigns, and exploited vulnerabilities. Subscribe below!