What is Vulnerability Intelligence? 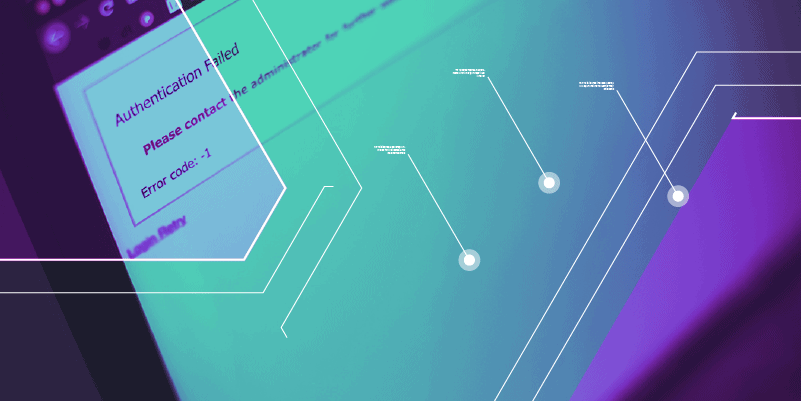 Picture this: it’s a Monday morning, and you’ve just found out that a critical vulnerability was announced on your favorite security news site. Let’s suppose that the announcement of this vulnerability coincided with the presentation of a proof-of-concept (PoC) that takes advantage of this vulnerability. By Monday afternoon, your network logs are flush with the signs of vulnerability scanning. You don’t know who’s behind it, but there’s a lot of scanning hitting the castle walls.

Tuesday rolls around, and you find out that overnight, some entrepreneurial group halfway around the world has managed to weaponize the PoC into a full-fledged exploit. To make it even more fun, they’ve put it up for sale on a popular criminal marketplace. By Tuesday evening, your next-gen firewall or intrusion detection system (IDS) vendor has announced a host of signatures that have been released for this latest exploit, and now your logs are filled with exploit attempts because the attacks now have a name. Luckily, the day before, your server teams were able to install the handful of updates needed to get patched quickly, so you’re pretty well-secured, but still, the scans and attempts continue to pile up in the logs.

It’s now Thursday, and while you scroll the morning news, whispers on Twitter and in the media from some security companies and researchers announced that several companies fell victim to this latest round of exploits. You patched just in time, but how could it go so wrong with these other organizations?

Zero-day vulnerabilities and human error aside, just about everything on the subject of attacker methods often boils down to vulnerabilities. Specifically, it’s operating systems, web and other server applications, network appliances, and software, as well as a myriad of other applications you find within any given network. And despite how scary zero-days truly can be, more often than not, an attacker is more likely to attack a common 3 year-old vulnerability on an exposed web server, rather than burn a very specialized exploit like a zero-day. Despite the armchair quarterbacking that seems to happen in the wake of every major incident, it’s not easy to balance the organization’s needs regarding security and availability.

From either a criticality standpoint or one of practicality, making that call to patch as quickly as possible saved the day, but sometimes it’s not that simple. Often there are systems with interdependencies that might mean patching one thing may break another thing. Sometimes the literal million-dollar question hinges on availability since maintenance can sometimes cause downtime. Sometimes the answer is somewhere in the middle. Looking at critical vulnerabilities, having that extra bit of context like “Is this remotely executable with no privileges or authentication, or does this require local access and privileges,” can also make a difference in understanding criticality. Knowing how to prioritize the patches, understanding how critical vulnerabilities actually are with a bit of context, and how to keep everything working despite a patchwork of different updates from dozens of vendors is paramount to keeping your environment secure.

How does vulnerability intelligence work?

It’s hard enough sometimes to interpret a scan report you might get from an approved scan vendor (ASV). The monthly, weekly, or even daily scans sometimes aren’t the most helpful for figuring out where to start patching. Sometimes they don’t always catch what just got updated either. It’s easy to tell everyone to start with the most critical and work your way down the list. Still, when the estate consists of several thousand servers, each with separate lists of vulnerabilities, it can become overwhelming quickly.

This is where vulnerability intelligence comes in.

Based on intelligence reports or risk scores, maybe the most critical vulnerability on the list has an exploit available. Worse, it’s being actively used by several criminal groups and at least one nation-state. That’s when you bump up the priority for those affected servers. To make life easier, you might even have the servers grouped in terms of importance to the organization, so you decide that the highest priority goes to the machines that are externally facing or have the most critical data. Since vulnerability intelligence may even include a risk-scoring mechanism, it becomes even easier to decide priority for patching. And in one more win for vulnerability intelligence, the data is likely from multiple sources so that you don’t have to go hunting all over the internet for answers. 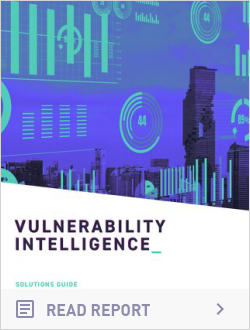 In the wake of so many major incidents this year, we got curious about how information related to vulnerabilities could answer that very question. In the coming weeks, we’re going to be deep-diving into the world of vulnerabilities, how it relates to intelligence, and how it can help patch management. Many attacks are often very opportunistic in nature, meaning that it’s often not personal; it’s just business.

Adversaries are looking for any and, seemingly, every vulnerable point-of-entry for a variety of nefarious reasons. While the target of an attack could very well be the critical data within a network, it could also be to provide safe harbor as an attacker figures out where to pivot next. They might be after a product you build or ideas you have, but it may be that your network might support further attacks elsewhere on your customers or your third-party suppliers.

Many organizations are shooting themselves in the foot before the race starts by not understanding where or what their assets are, not being well-informed on the threats, or leveraging information to inform their security posture. It could have been a one-in-a-million shot that an attacker got into a network, but the real chance is that much like Lemony Snicket, a series of unfortunate events occurred to get them there; and more than likely, at least one vulnerability is to blame.

Vulnerability intelligence can help clarify the threats and maybe light a little fire under the patching process.

Look, it’s rough out there. “Just patch it,” they said. “It’ll be easy,” they said. What could be so simple often can turn into the most daunting task. Vulnerability intelligence won’t solve everything, but maybe it’ll make it easier to decide. It could be part of the deciding factor that gets your support team paid overtime to ensure the estate’s protected in time. It could also be what you need to make sure your leadership understands why there might be some downtime for maintenance. Either way, vulnerability intelligence is one more component to a robust vulnerability management program that is in itself a layer within the security defenses-in-depth. Just a little nesting doll, or matryoshka, of security.

If you’re curious how intelligence can work for you, especially when it comes to your assets or digital footprint, you can take Searchlight for a 7-day test drive and see what the bad guys are doing out there. If you have some particular needs or questions, chances are we understand your use case, so contact us for a demo of Searchlight.