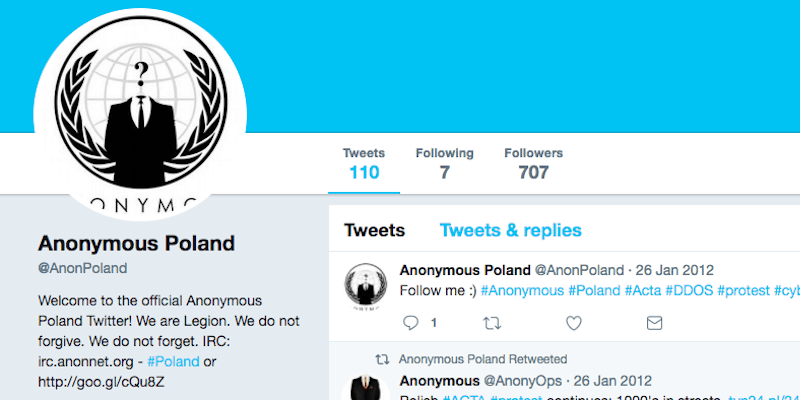 On October 29, 2016 a Twitter account associated with Anonymous Poland began to post tweets claiming to have compromised the network of the Bradley Foundation, a U.S. based charitable organization. This breach was confirmed by the Bradley Foundation on November 4, 2016. The tweets claimed that more than 100,000 files were obtained, purportedly the organization’s entire file back-up storage. Anonymous Poland posted a .rar file that consistent of 70,904 files totaling 42.8GB in size when uncompressed. The majority of the files in this dataset were email archive files and MS Office documents relating the Bradley Foundation’s business operations. Our examination of a selection of the documents indicated that some were created or edited by users with names that were found to be consistent with the Bradley Foundation’s current and former employees. Within these files, several documents were identified which contained personally identifiable information (PII) relating to the organization’s employees and donors. This included donor and employee contact information and employee W2 forms.

What was most notable was the way that the threat actors attempted to get the word out. Between October 29 and 31, Digital Shadows detected more than 8,000 nearly identical tweets posted by 7,500 separate Twitter accounts. All of these tweets tagged another account, featured links to the Anonymous Poland twitter account, and had minor variations on the text shown in Figure 1.

Figure 1 – Example of one of over 5,000 nearly identical tweets

Digital Shadows continued to detect low volumes of very similar tweets on November 1 and November 2, which featured links to emerging news coverage of this claimed breach. On November 3, 2016, Digital Shadows detected a substantial uptick in volume and identified 2,544 new tweets from 2,544 unique handles, all of which very closely resembled the message shown in Figure 2.

Following this, on November 7 and 8, Digital Shadows detected a further dramatic uptick in volume of tweets, all of which closely resembled that shown in the image below. The graph below shows the days on which high volumes of tweets were detected and the number of associated unique handles. While many of the handles used in this campaign were registered years ago and featured content unrelated to this activity, some were newly registered and did not feature any other content. 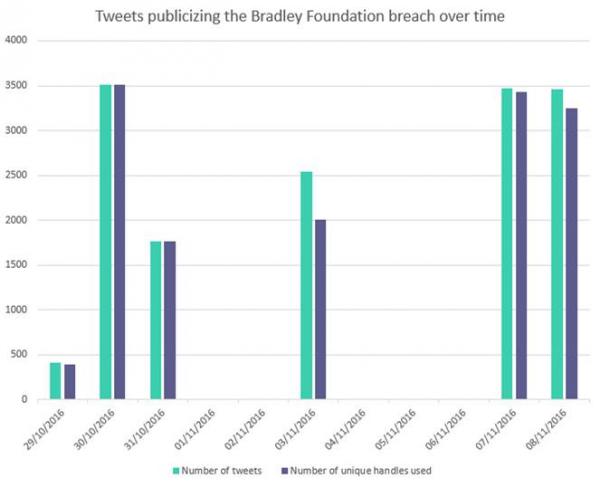 Figure 3. Number of near identical tweets publicizing the Bradley Foundation breach detected by SearchLight between October 29 and November 8, 2016.

The available information on this breach and the subsequent activity identified on social media indicate that this was almost certainly a relatively complex, multi-stage operation. While the exact tactics, techniques and procedures used to conduct this breach were unknown; it likely would have required initial reconnaissance, a breach of the organization’s network and the exfiltration of the data. This element of the operation would likely also have been coordinated with efforts to register or compromise around 7,500 Twitter accounts in order to execute the next stage of the operation in which the breach was disclosed and publicized via social media. This indicates that Anonymous Poland was highly likely a well-organized group with experience of planning and executing operations atypical of commonly identified hacktivist groups.

Previous research has speculated that Anonymous Poland, despite its use of Anonymous collective imagery and language, may be a legend being used by a Russian state actor to deniably leak information in service of influence operations.

Although we have identified no definitive indications of a link between Anonymous Poland and Russia, it was assessed that some of the available information could be consistent with this hypothesis. The group has demonstrated a greater level of sophistication and competence than typically observed from hacktivist actors. Additionally, an examination of Anonymous Poland’s activity history indicated that the Twitter account used to disclose the Bradley Foundation breach has never been used to publicly post content on issues specifically relating to Poland. It was, however, used to leak documents purportedly obtained in a breach of the Ukrainian Ministry of Internal Affairs and data purportedly obtained in a breach of the World Anti-Doping Agency in Aug 2016, post a defacement of the U.S. Olympic team website and multiple denial of service attack claims against the Paralympics website in September 2016. This activity could be interpreted as consistent with Russian interests. We assessed that, while it was possible that Anonymous Poland was a sophisticated independent hacktivist group, it was also possible that the group may be a deniable false persona being used as part of a wider set of influence operations. However, we detected no evidence to confirm the identity or location of the individuals operating the Anonymous Poland Twitter account.