Cybercrime and Dark Web Research / Black Friday: Is there a threat actor in your shopping cart?

Black Friday: Is there a threat actor in your shopping cart? 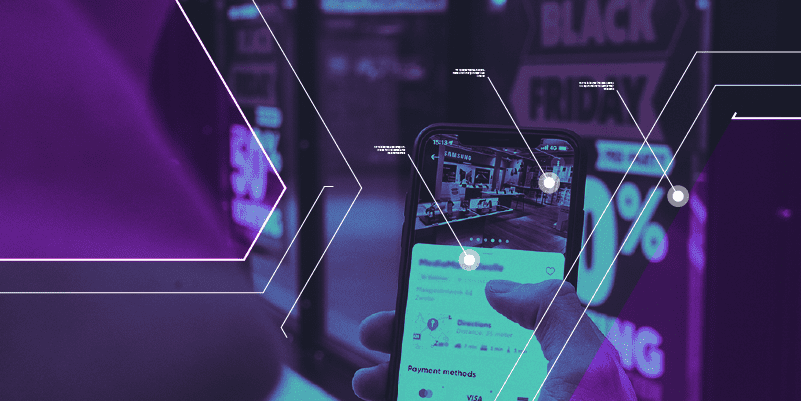 Black Friday represents a huge opportunity for consumers to purchase a range of items at cut-rate prices: Electrical items, furniture, cosmetics, and video streaming services can all  be bought at a fraction of what they would normally cost. It’s also a good time to get some cheap deals for early holiday presents (if you’re clever enough to plan that far ahead). With users flocking online to make the most of these deals, cybercriminal actors are also taking advantage by conducting a range of fraudulent acts and also using the period to advertise their own illicit material. The Black Friday/Cyber Monday period represents a great time to invest in items online but users should be aware of the associated risks during this period.

A recent poll by UNICEF highlighted that an increasing amount of young people get information on current events primarily from social media. With social media giants like Facebook, Twitter, and Instagram also venturing into the realm of online marketplaces and sales, many users will also take advantage of the abundance of shops and sales that crop up on social media during this period. This goes hand in hand with social media’s ability to publicise deals to a wide audience. I’m sure you’ll run into #BlackFriday a number of times before the end of the month, most likely flogging/hawking cheap Xbox’s and PlayStations in particular.

The poll from UNICEF also highlighted that younger users treated the news they received on social media with a higher level of skepticism than older users; the exact same approach should be taken for any items being sold on social media platforms. Fraudulent and fake websites are often advertised through Facebook in particular and given little scrutiny before being distributed to its user base. I’ll hold my hands up here. Last year I was conned through a fake website masquerading on Facebook as Little Tykes, a popular manufacturer of children’s toys, often at heavily discounted prices. I purchased a few items without giving it the due diligence it needed and, low and behold, I didn’t receive an invoice, and nothing arrived. I was tired, I wasn’t paying attention and the prices looked good. Yes these were the excuses I made at the time, and although I did receive my money back through VISA, thousands may not be as lucky.

“At the end of the day, if a deal looks too good to be true, it probably is.”

Be aware that crooks still fall through the cracks. Even though social media companies are increasingly trying to provide a greater level of scrutiny and authentication for sellers on their services, many will still be able to find ways around these measures. At the same time, options for getting your money back are also limited. If you spot deals advertised on social media platforms, the best option is to instead manually search for the retailer and the item through a search engine and navigate through the legitimate website itself. This isn’t completely foolproof, but you’re much less likely to get your fingers (and wallet) burned.

Financial PII going on the cheap

Cybercriminal vendors also take advantage of the spirit of Black Friday to hawk a good sale. Black Friday also represents a happy time for criminal consumers, who are able to purchase a series of illicit services at discounted prices. During our research for this blog, we identified several instances of stolen financial details, including PayPal or bank accounts details, being sold at budget rates. One particular vendor highlighted 15 listings for bank accounts that were available to preview, with the three most common countries being the US, Canada, and the UK. Account balances on these stolen cards varied, but typically ranged from around USD 800 – 5500.

The example below highlights such an advertisement, in which criminal buyers can purchase bank accounts before using cash out methods to launder the money into Bitcoins; this provides the buyers with a significant profit on their investments. The cash out method described likely refers to crypto currency tumblers—which are third-party services that mix up illicit funds with clean crypto before redistributing them—or ‘chain hopping’ which is jumping between different cryptocurrencies, often in rapid succession to lose trackers. (Psst – We’ll be issuing a further blog on cryptocurrency money laundering services in December, so be sure to check that out.)

Whatever the laundering method being used, it’s likely that the seller does not care whether the buyer is able to successfully launder any money on the accounts. It’s the buyer’s prerogative and highly dependent on their own experience and OpSec. The seller is only interested in getting the accounts off their hands and doesn’t care what happens further down the chain as long as it doesn’t impact them, which is unlikely, given they are advertising the accounts publicly.

I actually didn’t know what the origin of Black Friday was until I wrote this blog. The original meaning resulted from two financiers on Wall Street purchasing huge amounts of gold in the hope of the value soaring dramatically. They were then planning on selling it for a huge profit but before they could, the gold market crashed in the US and the men lost it all. The relation to shopping started in the 1950’s in Philadelphia, with huge crowds of shoppers coming into the city on 27 November following the annual Army-Navy game. This trend subsequently spread nationwide across the US, with retailers benefiting from offering budget prices on the Friday following Thanksgiving. This phrase reportedly comes from how accountants used black ink to denote profits in their books, as opposed to red ink which was used to record losses.

Of course, this occasion has now spread worldwide. We all love a good bargain and the cybercriminal community is no different. Russian cybercriminals are also advertising various listings and services at discounted prices. On a Russian language cybercriminal forum, one user advertised a “Black Friday Sale” for their service that provides threat actors with verified accounts on various electronic payment, online banking, and cryptocurrency platforms. The user stated they had decided to offer a series of “discounts and giveaways”, available only to subscribers of their Telegram channel, which reportedly were worth up to USD 300, 200, and 100. Further discounts would include 15% off all accounts, including binance, Icard and Bung. The user anticipated a high demand for these sales, and asked users to be patient for customer support.

Criminals presented with opportunities to expand

While stolen and illicit material is available for sale during Black Friday, cybercriminals can also benefit from the range of toolsets and other infrastructure being advertised. One user advertised discounted rates for website hosting services, with the data center responsible for these services reportedly in a bomb shelter of a former military plant in Chisinau, Moldova. As you would expect, these reportedly would provide anonymity and reliability. The host explained that illegal material would not be allowed to be hosted on their servers, however it is unlikely that this would be moderated with any real conviction. Hosting material on the dark web can be challenging, and often presents cybercriminal actors with a number of legitimacy and reliability issues. Our recent blog covering ransomware activity in Q3 2021 discussed the problems facing ransomware groups hosting data-leak sites.

Other cybercriminals advertised the use of proxy servers, which included SOCKS5 and HTTP. In addition to several legitimate purposes like improving security and balancing network traffic, they can also be abused by actors to carry out nefarious actions. SOCKS5 proxies are often used by cybercriminals to provide anonymity. They can also appear to be a completely different user, in a unique location with a unique, but often fake email address. By appearing to be a different user each time, cybercriminals can commit fraud without it easily being detected. This permits actors to perform a series of malware based attacks, including cryptojacking, botnet activity, and ransomware.

We even found cybercriminals advertising certifications for Burp Suite, a popular penetration testing and vulnerability finder tool, and is often used for checking web application security. Along with the host of clear-web providers offering similar deals, every day is a school day and there’s no better time to learn some new skills!

Black Friday: A time of opportunity but also for diligence

Black Friday represents a great chance for consumers to complete their holiday shopping at a fraction of their budget. Like all of us, it is also a time of equal opportunity for cybercriminal actors to fill their own Christmas stockings. Users should use extra vigilance when shopping online during this period; be sure to be observant for any website spelling mistakes, branding errors, or anything that may indicate a website is inauthentic. Ensure you shop only on websites beginning with HTTPs, and enable two-factor authentication on every possible account. With cybercriminals also prospering from the sale of previously harvested financial information, it’s also a good idea to keep a close eye on your bank statements so you can spot any unusual activity. If you see any unauthorised payments, report them to your bank immediately.

For retailers, this period is a great time to monitor mentions of their company name on “cardable” sites, which indicate their sites have been identified to have lax security controls and are deemed easier targets. Open source crawlers can assist with this. We, too, can help – sign up for a trial of  Searchlight for 7 days, which can automatically identify any exposures of your brand across dark web pages, criminal forums, and messaging channels like Telegram

Tags: cybercriminal services / Dark web / fake mobile applications / obfuscation / Phishing / social engineering
We use cookies on our website to give you the most relevant experience by remembering your preferences and repeat visits. By clicking “Accept”, you consent to the use of ALL the cookies. However you may visit Cookie Settings to provide a controlled consent.