Threat Intelligence / Can cryptocurrency be used to bypass the impact of sanctions being applied against Russia?

Can cryptocurrency be used to bypass the impact of sanctions being applied against Russia? 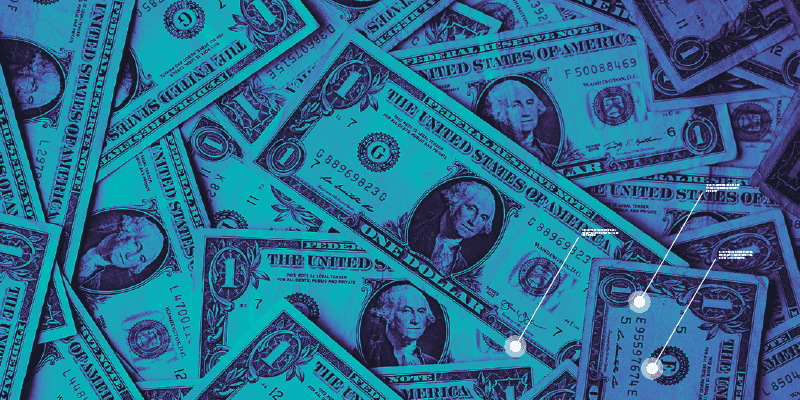 In an interview on 28 Feb 2022, former Presidential candidate Hillary Clinton criticized several cryptocurrency exchanges that had decided against blanket bans for Russian users from their platforms. The decision against the bans on Russian users coincided with significant sanctions being applied against Russia following their invasion into Ukraine.

Senator Clinton reiterated a common sentiment surrounding cryptocurrency, suggesting that crypto offered an “escape hatch” for governmental and private entities operating within Russia; similar negative suggestions have also been made towards the use of cryptocurrency in reportedly enabling cybercriminal operations. One of the core principles surrounding the use of cryptocurrency is that it provides service and censorship-free transactions to all users; the technology behind cryptocurrency does not discriminate, based on geolocation, political affiliation, occupation, or any other factors. While it is possible to stop people in certain geographies from purchasing crypto on exchanges, peer-to-peer transactions are ultimately impossible to stop if a user has access to the internet. Many have argued that this leads to the technology being co-opted by those with dubious intentions, which includes the possibility of minimizing the impact of sanctions.

Sanctions against Russian institutions and individuals

What initially started as a limited response in targeting entities within the supposed breakaways regions of Donetsk and Luhansk, has rapidly spiraled into the most comprehensive set of multilateral sanctions in history. This has included significant economic sanctions against select individuals and state-owned and private Russian financial institutions. Imposition of restrictions have also been made on Russia’s central bank—and significantly—a removal of select Russian banks from the SWIFT international transactions system.

Once thought as the most extreme financial measure that could be targeted against Russia, the removal of SWIFT, in particular, will make it extremely difficult for Russian companies to continue daily operations, with financial transactions having to be processed via phone, fax, or other workarounds. Russia does have an alternative backup payment system, named “the System for Transfer of Financial Messages (SPFS)”, which is reportedly handling up to one-fifth of Russia’s payments messaging volume as of 2021. However, it is unclear if SPFS can process a much greater volume of transactions.

Russia’s central bank had also been targeted by significant sanctions, with its assets frozen to limit Russia’s ability to access overseas financial reserves. Other sanctions applied against Russia include the restrictions of Russian aviation from traveling through European airspace, and sanctions also being applied against companies critical to the Russian economy; like gas company GazProm. A more comprehensive view of the sanctions can be found here, which is likely to increase in the coming weeks as the conflict continues.

The move to isolate Russia financially through the SWIFT ban may also have an unintended effect of forging a greater financial connection to China; some have suggested Russian banks could connect to China’s version of the SWIFT system, namely the Cross-Border Interbank Payment System (CIPS). While SWIFT remains the financial messaging system of choice, the use of alternatives like SPFS or CIP could increase as a result of the ban.

What has the reaction to the sanctions been?

The combined impact of these sanctions has been immediate and incredibly far-reaching. This was perhaps best emphasized by the impact on the Russian ruble, which on 7 Mar 22 had fallen to as little as 137 to the dollar. Those prices mark a decline of nearly 50 percent in the last month, with the ruble having started February at 73.53 to the dollar. The Russian central bank was also forced to double interest rates to 20% in an emergency move in order to avoid the currency collapsing. Russia’s stock market also remains closed as of 7 Mar 22, which has been the case since the invasion started.

With this collapse in the currency and the inability for Russian companies to operate financially, there is also a considerable impact on the daily lives of Russian citizens. Many have been observed standing in long queues stand for ATM queues; if investors are successful in withdrawing their savings en masse, it could cause a run on some of the country’s banks and wreck its banking system. The decreasing purchasing price of the ruble results in an increased cost for everyday essential items. In a country where the average annual salary is around $6000, money can often be extremely tight. A high inflation rate often creates distrust in the government and could change public opinion on the war or toward Russian President Vladimir Putin. This, of course, is what the proponents of said sanctions want.

A common sentiment amongst the Russian speaking cybercriminal community was that the removal from SWIFT, in particular, would be extremely damaging to the Russian economy. One user posting on a prominent Russian language cybercriminal forum claimed the impact of the SWIFT ban would be ‘catastrophic’ for the Russian economy, while another stated it would potentially lead the country back to days of the USSR—likely referring to periods of increased economic strife. Another suggested that the sanctions would impact the “future of all Russians, if they have one at all”.

Impact of sanctions on cryptocurrency use

US President Joe Biden is expected to sign an executive order aiming at regulating the use of cryptocurrency in the coming week, with Russia’s ability to evade the impact of sanctions cited as one of the core concerns.

While cryptocurrency does provide significant anonymity to users in storing and processing transactions, each record is stored on the blockchain. The transparent nature of the blockchain would make the movement of vast swatches of money visible to law enforcement, if they could identify the owner of the wallet address. Tech-savvy Russians may improve their financial situation by moving some of their portfolios to crypto. However, the average Russian citizen outside of the tech space may find this a difficult task, who will need to navigate the steep learning curve and pitfalls of working with cryptocurrencies.

It may also be more difficult for sanctioned Russians to purchase cryptocurrency with fiat, with many crypto exchanges having the power to block individual users; on the flip side, there are of course many exchanges in countries that are not currently sanctioning Russia. The ability of ordinary Russians users being able to transfer fiat into crypto has been further confounded by VISA, Mastercard, AMEX, and PayPal announcing that they would no longer continue their operations in Russia, following the invasion. Once Russians have purchased crypto, there is little that can be done to stop it from being moved, however, the blocking of SWIFT and removal of credit card institutions make it inherently more difficult to make initial purchases.

How far crypto exchanges will go in following requests to block Russian users is unclear. The Binance exchange has clarified that they would comply with blocking sanctioned individuals on their services but not issue blanket bans targeting Russian users. CoinBase has stated they would ban 25,000 Russian users from its service that they allege are associated with illicit activity. While the actions of exchanges may vary, it is, of course, impossible for these exchanges to block peer-to-peer transactions through private ledgers.

Some users will find ways around the restrictions that are in place, but it seems an implausible idea that sanctioned oligarchs—i.e. the real power propping up the regime of Vladimir Putin—will immediately be able to shift all of their money and assets over to crypto to work around sanctions.It would be almost impossible for Russia to replace its plummeting currency with cryptocurrency, and with the continued development of blockchain analytical technology, law enforcement can trace the movement of large sums of money. We’ve previously reported on methods that ransomware groups in particular use to launder payments, but is this something that we’ll see among the Russia autocratic elite? Unlikely.

While some may scoff at the libertarian attitude of most cryptocurrency enthusiasts towards censorship, the core concept surrounding the use of cryptocurrency is that its use is available for everyone. At its heart, it minimizes the impact of censorship and provides its users with the ability to make and receive transactions to anyone they please, with transparency of these transactions plain for everyone to see on the blockchain. There are of course several methods that can be used to assist in anonymizing transactions, which we’ve explored in detail before. Just because the transactions themselves are visible, a considerable amount of effort does needs to be made in tracking the wallet address to a holder.

Yes, some bad actors are using this technology, but it’s also being used to great effect in financing relief for Ukrainian citizens, with much of the money donated going towards food, water, and shelter. Calling for sweeping restrictions or banning entire populations is like suggesting that we do the same for the dollar or the pound because criminals have used them at some point in time; it’s not a proportionate or justified response, and likely will not have a significant impact on the overall problem at hand anyway. Censorship resistance is one of the main goals of the blockchain. If your favorite blockchain project is fast but permission based on variables like nationality, it won’t last long. This sentiment is alluded to in the following quote attributed to BitcoinKn podcast host Trace Meyer, discussing the creator of Bitcoin, Satoshi Nakamoto.

Satoshi gave us this wonderful gift for monetary sovereignty. Something totally scarce, immutable and censorship resistant. The technology got it out there, but it is going to take…individual action by all of us to keep it there.

Crypto is unlikely to represent an escape hatch:

Crypto will likely represent one of, but not the main tool that the rich and powerful in Russia use to work around sanctions. It’s more likely we’ll see a continuation of many of the same tax havens and offshore accounting tricks that other wealthy individuals use, through real estate, shell companies, and complex corporate structures that hide their names. These tried and tested techniques, which have been used to great effect for many years (hello Panama papers..), will likely continue to be the main methods that the Russian elite use to skirt the impact of financial sanctions.

For the Russian state, it’s unlikely that crypto alone could be used to move such significant sums of money. In 2021, Russia’s total revenue from foreign trade came to 785 billion dollars. There’s no way this volume of currency could be processed into crypto easily, and any state attempting to do so would be playing an extremely dangerous game given the volatility of cryptocurrency.

The ongoing sanctions are clearly having an enormous effect and it’s possible that they may result in the conflict becoming unsustainable for Russia. There will of course be avenues that are explored to minimize the impact of these sanctions, but it’s unlikely that crypto represents an escape hatch for everyone affected by these measures.

To stay in the know about recent cybercriminal developments, sign up to a 7-day free trial of Threat Intelligence with SearchLight. SearchLight clients receive real-time, actionable intelligence updates relating to new attack types, including analysis from our team of global analysts and intelligence on new posts to platforms across open and closed sources. Or request a demo here.