Honker Union: Has the grandfather of Chinese Hacktivism returned? 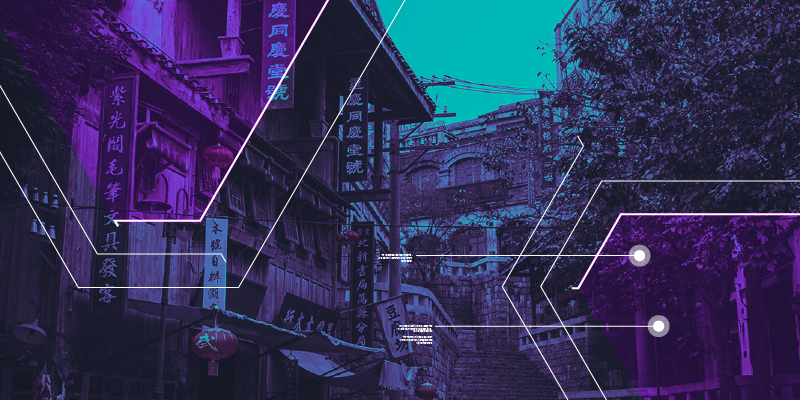 Now over 20-years-old, the Honker Union of China (HUC) is one of the originals of Chinese hacktivism. But when it comes to the Internet, 20 years ago might as well be ancient history, so what’s the story? Over the past few months, the group has again reared its head, with frequent public statements, prominent infighting, and an increased number of gray hairs seen on Chinese social media. This online drama not only gives us a unique view of the dynamics of the group, it also provides insights into Chinese hacktivism’s responses to the growing tensions between the People’s Republic of China (PRC) and Taiwan.

The HUC: A Brief History of Chinese Hacktivism

First founded in late 2000, the HUC is one of the earliest and most iconic of the PRC’s nationalist hacktivist groups. Although not the first of its kind—that honor is usually reserved for the “Green Army” (aka Green Corps)—the HUC is by far one of the longest lasting hacktivist groups from any country. At its height, it was believed to have over 80,000 members, although whether these were active participants in its campaigns is difficult to assess.

The group was founded following a series of perceived anti-Chinese incidents in the late 1990s, which galvanized both Chinese hacktivism and strengthened the group members’ anti-Western sentiments. These included the 1998 anti-Chinese riots in Indonesia and the 1999 NATO bombing of the Chinese embassy in Belgrade. In 2001, triggered by the Hainan Island incident, the group rose to fame as a key participant in the so-called “China-US cyber war”.

The HUC later disbanded in 2004, then relaunched in September 2011 at COG2011, a Chinese black-hat conference. Following its revival, several ideologically motivated campaigns were attributed to the group, including a series of attacks against Japanese webpages from 2012 to 2013, in response to disputes over the Senkaku Islands. Following this flurry of activity, the group allegedly shifted away from disruptive activity, terming itself a “technology alliance” and condemning illegal actions, according to Chinese online encyclopedia Baidu Baike.

WeChat and Weibo: the HUC today

Despite the HUC’s attempted shift away from hacktivism over the past decade, the group’s infamy clearly persists amongst Chinese-language speakers. The group’s online presence has revitalized over the past few years, with HUC-associated accounts now found on Chinese social media platforms including Weibo, WeChat, Douyin, and Bilibili. The group now has over 157,000 followers on Weibo alone.

Some of the HUC’s founders are now also celebrities in their own right. An account purporting to be Lin Yong (aka Lion), one of the founders and leaders of the group, has over 200,000 followers on Douyin, the Chinese version of TikTok. The account has been active since late 2020, and has posted videos on topics including network security and the history of the HUC. The group is likely trying to appeal to a new generation of Chinese hacktivists; like TikTok, Douyin’s demographic is relatively young, with most users under the age of thirty.

This high-profile public presence is unusual for hacktivist groups, which naturally often attempt to maintain secrecy, although this extensive social media presence may allow the group to influence the direction of younger, newer Chinese hacktivists. The Chinese government is also unlikely to crack down on the HUC, given its pro-Chinese nationalism ethos. However, rising publicity has come with new challenges; over the past two months, the group has succumbed to increasingly petty infighting and squabbles played out online.

Pass the popcorn: The public fight over the Honker brand

In early July, eyebrows were raised across Chinese social media after the HUC released a post on Weibo announcing that the group was splitting. More shockingly, the post accused founder Lin Yong of commercializing the HUC brand, refusing to collaborate with others, and maliciously spreading rumors about group members. The group’s dirty laundry was officially being aired.

The post was the latest bout in an increasingly toxic spat between Lin Yong and two members known as Wang Mou and Li Gui. Wang Mou and Li Gui now allegedly control the HUC Weibo and Douyin accounts, while Lin Yong controls the HUC webpage and Tencent QQ chat group. In response to the Weibo post, Lin Yong posted a lengthy dismissal of the claims on WeChat, complete with message screenshots, accusations of fraud, and even photos of a letter allegedly sent by Li Gui’s lawyer to Lin Yong—grab the popcorn. According to Lin Yong, the split was triggered firstly by Wang Mou and Li Gui’s establishment of a company using the Honker Union name and intellectual property to sell cyber-security courses. Secondly, he claimed it was triggered by a now-deleted video posted on Douyin, allegedly calling followers to conduct cyber attacks against Japan, which Lin Yong condemned as illegal.

Through this very public and messy split, a divide is therefore emerging between the future of the HUC as a law-abiding, educational group, and as an action-oriented, evolving brand. Followers are tentatively picking sides, with many users siding with Lin Yong and the original camp, while others are supporting Wang Mou and Li Gui’s calls for action. The feud also comes at a particularly fraught time for Chinese hacktivism, as tensions grow between the PRC, Taiwan, and the West. Following the visit of US House Speaker Nancy Pelosi to Taiwan, both camps announced their support for a unified China and condemned foreign interference and aggression, although neither group has called for action against Taiwan.

What’s next for the HUC?

As Chinese interest in hacktivism resurges—hacktivists have already been observed conducting distributed denial of service (DDoS) and defacement attacks against Taiwan—the HUC is poised to play an influential role to either support or condemn hacktivist activity. Followers have turned to the group for guidance, but whether the group will encourage action or engage in education remains to be seen.

Whether the group will survive its split is also up in the air. Although the group has once again shot to prominence, it seems likely to dissolve as quickly as it has returned: Having disbanded the group once, it is realistically possible that Lin Yong will attempt to disband the group again. However, even if he does, it is likely that Wang Mou and Li Gui or others will attempt to co-opt the group’s brand to promote their own agenda. This may result in a call to arms for budding hacktivists, although shrewder members may also continue to use the HUC brand for profit, not activism.

To stay updated on the activities of the HUC, as well as other Chinese threat actors who may play a role in the China-Taiwan tensions, sign up for a demo of SearchLight here. The Photon Research Team maintains a library of more than 500 threat profiles to help our clients navigate the quickly evolving threat landscape. To see how SearchLight can work for you, take a test drive for seven days and explore our research in depth.