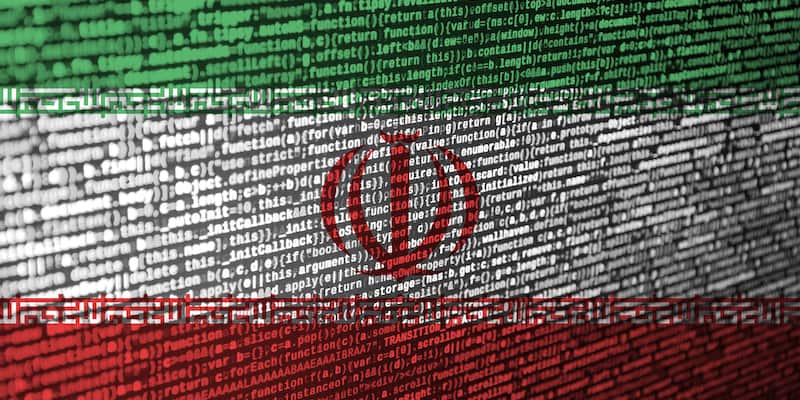 Unless you went very dark for an extended holiday break, you are no doubt very well aware of the United States’ targeted killing of Iranian General Qasem Soleimani on January 3rd. This blog is based on a tweetstorm I wrote on Friday afternoon in response to the killing. A follow-up blog provides me the flexibility to dig further into some of my comments and suggestions. You can read the original thread here. 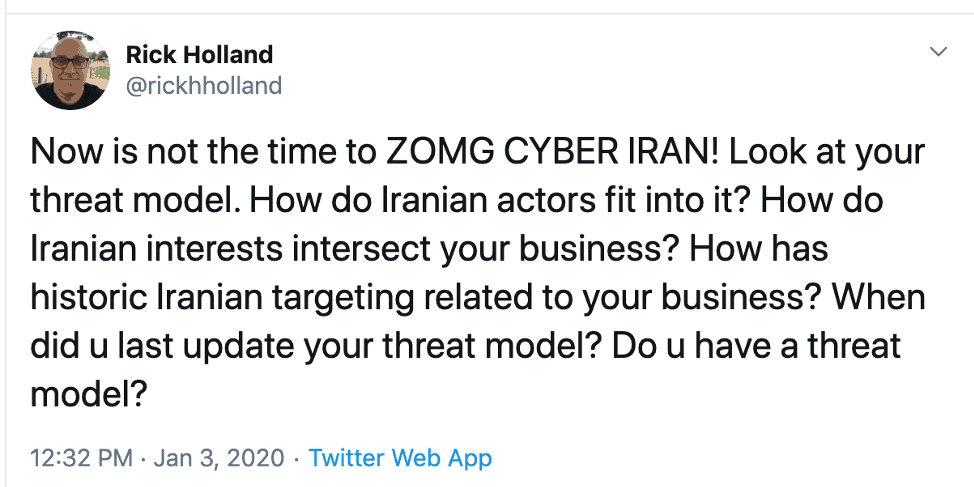 In October 2012, roughly two months after the Saudi Aramco Shamoon wiper attack, then-Secretary of Defense, Leon Panetta, gave a now-famous speech where he warned about the potential for a “cyber Pearl Harbor.” Secretary Panetta said:

“The collective result of these kinds of attacks could be a cyber Pearl Harbor, an attack that would cause physical destruction and the loss of life. In fact, it would paralyze and shock the nation and create a new, profound sense of vulnerability.“

I don’t know if the Iranian response will turn into a “cyber Pearl Harbor,” but I think the likelihood is low at this time. You may have observed many talking heads and thought leaders describing potential Iranian reprisals in hyperbolic ways. “Cyberwarfare! Cyberattack!” My goal for the blog is to provide practical, measured suggestions on how you should respond in both the short term and critically in the long run.

In case you prefer video, check out the recording I did with Harrison on this blog here:

I’m not a self-proclaimed Iran expert or thought leader, but I do have some intelligence experience working for the United States Central Command. I have been tracking both General Soleimani and the Iranian regime for many years. The good news is that much of what I’m going to discuss isn’t hyper-focused on Iran, because I’m not a proponent of threat du jour thinking. Here are a few thoughts.

Just like we often chase shiny new security controls (remember magic artificial intelligence pixie dust controls that poop rainbows), we pursue threats du jour. We need to balance current cyber threat activity with building long term resiliency in our security programs that raise the mark and protects against more than a single threat actor. In a world where we have a limited budget for security investment, this approach results in more value.

I also hopped on a quick video recording with Richard Gold and an episode of ShadowTalk with Harrison to chat through these points above. If you’re interested, check them out below.