Killnet: The Hactivist Group That Started A Global Cyber War 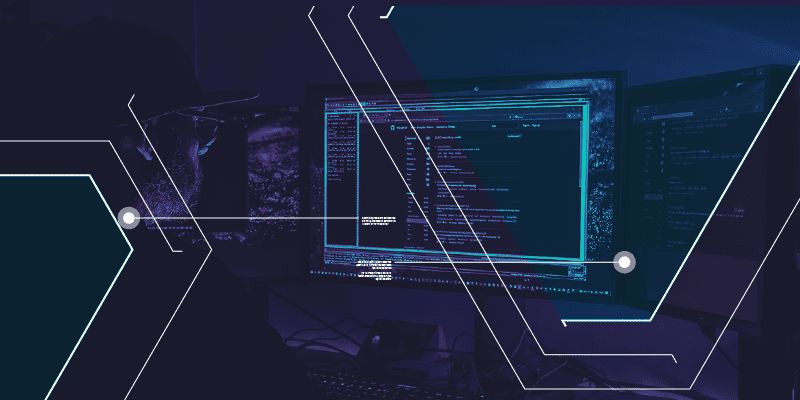 Since the beginning of the Russia-Ukraine war, hacktivism has experienced a substantial resurgence, with many hacktivist groups being created in support of either Ukraine or Russia. We have observed an explosion in the number of distributed denial-of-service (DDoS), defacement, and data-leakage attacks over the past few months, targeting governments, critical sectors, and organizations in key industries.

What makes this new wave of hacktivism unique is the way that these groups are utilizing the help of the public to conduct attacks. Hacktivist groups are actively recruiting new members on platforms like Telegram and requesting the help of the public by sharing target lists. Some groups, such as the IT Army of Ukraine, have reportedly already gathered more than 400,000 members to support its attacks. The administrators of these groups dictate orders, and members carry out the attacks.

One hacktivist group who has grown to become a large threat is “Killnet”. Killnet is a pro-Russia hacktivist group that has been relentlessly launching waves of attacks against NATO members and Ukraine-supporting countries. Most recently, the group went as far as to declare war on multiple countries and other hacktivist groups. In this blog, we will discuss how Killnet was created, how they operate, and what threats they pose to organizations worldwide.

The Rise of Killnet

Killnet was not initially created to be a hacktivist group, but rather, it was once the name of a tool that could be used to launch DDoS attacks. The tool was first made available on a subscription basis on 23 Jan 2022, and it was advertised on the Killnet Telegram channel. Using Killnet, users could perform Layer 3/4 or Layer 7 DDoS attacks with the click of a button. According to their advertisement, users could rent a botnet for USD 1,350 per month, which had a capacity of 500Gbps and included 15 computers (see Figure 4).

The group launched version 2.0 of its tool on 20 Mar 2022, but the domain for the tool was shortly taken down. Killnet claimed that it voluntarily took down its domain until the end of the Russia-Ukraine war, although it previously stated on Telegram that the domain went offline because Killnet was “under attack from all over the world” and was “blocked in Russia and Europe”.

Killnet then made an unexpected turn, it transformed from a criminal service provider to a hacktivist group. Killnet’s developers began using the Killnet name to launch DDoS attacks against countries opposing Russia or supporting Ukraine. Killnet stated that its attacks were purely motivated by its mission to “stop the aggression against Russia” from foreign entities. The group claimed that countries siding with Ukraine, and/or providing support to it, are contributing to this aggression.

Killnet received an overwhelming amount of support from users in Russia, which likely encouraged the group to continue launching more attacks. Killnet also took advantage of this support it received to recruit new members and create many sub-groups. This also caused Killnet to begin to grow rapidly, and at the time of writing, Killnet has more than 100,000 subscribers across all its Telegram channels.

Killnet developed a “Legion” called Cyber Special Forces RF (Russian Federation), which is made up of volunteers who perform DDoS attacks on behalf of Killnet. The Legion has many squads, which Killnet calls their “special forces”, and they frequently attempt to recruit new members on its Telegram channel, calling for programmers, “DDoSers”, and penetration testers. The tools used to perform DDoS attacks likely vary depending on the squad; however, we have observed mentions of a tool named “Aura DDoS”.

Killnet’s Legion squads include “Jacky”, “Mirai”, “Impulse”, “DDOSGUNG”, “Sakurajima”, “Kratos”, “Rayd”, “Zarya”, “Vera”, and “Phoenix”. New squads are typically created by the group on a weekly basis. Each squad conducts DDoS attacks in waves―often based on targets announced in the Legion Telegram channel ―and squads are often assigned different regions to attack. For example, on 11 May 2022, Sakurajima and Jacky were told to oversee the targeting of Germany and Poland, without restrictions in the choice of targets.

There are many rules that users must follow after joining a squad, these include the following.

The Legion also said that many actions are strictly prohibited, including failure to report on attacks, spreading misinformation, disobedience, breaking into groups for other forms of attacks, and more. At last, the group stated that the presence of citizens from other countries (outside Russia) is not desirable.

On 16 May 2022, Killnet officially declared a cyber war on 10 countries, referring to the US, the UK, Germany, Italy, Latvia, Romania, Lithuania, Estonia, Poland, and Ukraine. Since this announcement, the group has been relentlessly launching DDoS attacks against organizations working within targeted geographies. Killnet focused most of its attacks on government entities while its squads targeted key sectors, such as financial services, transportation, law enforcement, and technology.

Killnet often invited subscribers on its Telegram channel to join in on attacks, publicly listing the domains and IP addresses of its targets on Telegram. The goal of these attacks was to take the victims’ websites offline using DDoS attacks and cripple the economy of targeted countries. As a subgroup of Killnet (Jacky) stated, the targeting of German banks and travel companies to “leave Germany to walk on foot and without a bank” (translated from Russian).

While Killnet has continued to target all geographies that it declared war against, the group has recently painted a bigger target on Italy. This likely happened due to retaliation that Killnet received from hacktivists in Italy; in particular, Anonymous Italy. The Italian Anonymous group began targeting Killnet domains and threatening to expose information on Killnet members.

The entire Anonymous collective also announced a cyber war against Killnet shortly after, in support of Anonymous Italy.  Anonymous went on to leak an alleged database of Killnet users, which exposed the email address and password of 146 users.

Killnet is a group that is not considered to be highly sophisticated. As many other hacktivist groups, attacks by Killnet primarily consist of Layer 4 and Layer 7 DDoS attacks, which may cause disruptions to targeted organizations. The Italian Computer Security Incident Response Team (CSIRT) stated that techniques use by Killnet included:

CSIRT Italy stated that attacks were divided into three phases. The first phase consisted of high frequency of packs in TCP-SYN, UDP, TCP SYN / ACK Amplification attacks along with DNS Amplification and IP Fragmentation attacks. The second phase began with IP Fragmentation attacks followed by previous attack types, except for DNS amplification. The last phase lasted the longest, but had a lower frequency, and it consisted of volumetric attacks and state exhaustions. It also revealed that attacks by Killnet peaked at 40 GBPS and lasted for more than 10 hours.

To protect against these types of attacks, organizations should implement anti-DDoS solutions to protect their systems. In addition, the Romanian National Cyber Security Directorate has released a list of more than 11k IP addresses associated with Killnet, which can be blocked to minimize the impact of attacks.

As attacks by Killnet are typically announced on the group’s Telegram channels prior to occurring, it is important that organizations monitor these channels for any mentions of their domains. Digital Shadows monitors these channels and has all publicly available indicators of compromise (IoCs) for Killnet available in SearchLight.

You can get a comprehensive look at the data that we used to build this blog with a free 7-day trial of SearchLight here. You can additionally get a customized demo of SearchLight to gain visibility of your organization’s threats and potential exposures, including access to a finished threat intelligence library with MITRE associations and mitigations from Photon Research.