Marketo: A Return to Simple Extortion 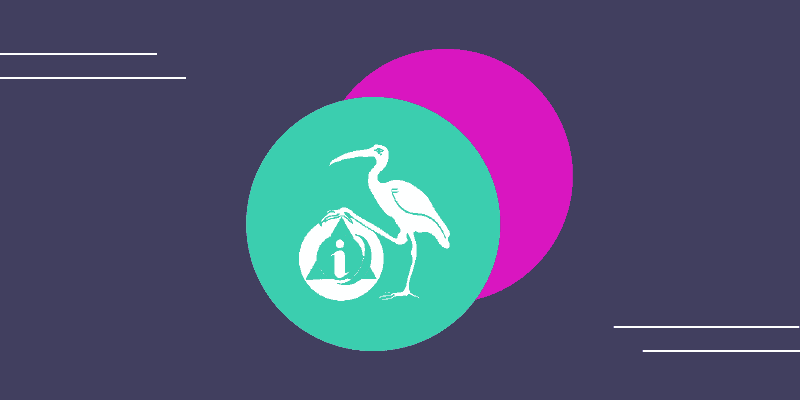 The world of ransomware and cyber extortion continues to change dramatically. On the one hand, new ransomware variants and data leak sites are popping up like mushrooms; on the other, threat groups disappear into the shadows, leaving their mark on the world only to fade away. However, even on the surface, the goal remains the same: to make as much money as possible.

Recent developments in the threat landscape suggest accomplishing this goal can be done without needing encryption and focusing on the more significant moneymaker: data. Data, in this case, could mean everything from standard PII to intellectual property, to even financial data and other sensitive information, and everyone has it. The following blog covers the extortionist threat group Marketo and dives deeper into the world of simple extortion.

What is simple extortion?

To properly set the scene, it’s important to clarify some terms. For this blog, simple extortion refers to extortion which only uses the threat of data loss to demand a ransom payment. This tactic differs from the more traditional ransomware actor who has historically emphasized data encryption.

The world that existed before the introduction of double-extortion (combining data encryption and data loss) focused on how impactful it was to lose access to critical systems or files. This has continued to evolve over the years and has taken many forms from ransomware at the individual level to where we are today, with big game hunting taking center stage, as we’ve recently seen with Kaseya and previous incidents earlier this year.

For this blog, the focus is placed on the threat of extortion without needing data encryption, which properly sets the stage for Marketo.

Not to be confused with the popular and legitimate marketing software Marketo, this Marketo was established in April 2021 and is emphatically focused on the sale of compromised data. An associated Twitter profile (@Mannus Gott) introduced the marketplace as an “informational marketplace” in a post on 16 Apr 2021. The post states the Marketo group’s intentions by clearly stating, “We are not ransomware and we do not hack

How does Marketo operate?

The marketplace itself operates in a similar fashion to other data leak sites with some unique features. Interestingly the group includes an “Attacking” section naming organizations that are in the progress of being attacked. The marketplace allows for user registration and provides a contact section for victim and press inquiries. Victims are provided a link to a separate chat to conduct negotiations.

Within the individual posts, Marketo provides a summary of the organization, screenshots of seemingly compromised data, and a link to an “evidence pack” otherwise known as a proof. They auction sensitive data in the form of a silent auction through a blind bidding system where users make bids based on what they think the data is worth. As you would suspect, the data then goes to the highest bidder. The post includes a running “Bids counter” likely as a way to increase bidding amounts and show the attention a post is getting.

A recent addition to the marketplace includes a partner section that names multiple data and consumer protection agencies to include the Consumer Financial Protection Bureau, Financial Crimes Enforcement Network, and the Securities and Exchange Commission to name a few.

How does Marketo incentivize victims to pay up?

For data extortion to be effective, there has to be enough pressure on the victim to pay the ransom. Marketo increases pressure on their victims in a couple of interesting ways.

Who does Marketo target?

Victims of Marketo appear to be fairly widespread from both an industry perspective but mirror the general trend of targeting US-based organizations. At the time of writing, the Marketo group has listed 34 organizations to their affiliated data leak site in the span of three months. They have remained consistently active, with at least one organization being named each week over their period of operation.

Victims have primarily fallen within the Industrial Goods & Services, Healthcare, and Technology sectors. This includes targeting a US police department, dental care organizations, and the most recent targeting of an organization said to own and operate one of the largest petroleum systems in the Northeast.

Marketo vs. the Dark Overlord

It wouldn’t be fair to write about extortion without mentioning one of the more prolific extortionist groups, The Dark Overlord (TDO). TDO was a notorious extortion group operating from June 2016 to 2018. TDO primarily focused on targeting healthcare providers by obtaining sensitive personal health information (PHI) and threatening to publish unless paid.

The group would expand to impact media organizations committing some of the more significant spoiler violations of the century by leaking unaired episodes of popular television series. Other notable TDO extortion attempts include targeting American schools and a law firm purportedly harboring information relevant to the September 11 terrorist attacks.

Like Marketo, TDO also used social media profiles to publicly announce an attack and increase pressure on victims to pay or see their data published.

Comparing traditional ransomware operations to simple extortion groups, like Marketo, indicates some of the potential pros of this business model and may indicate a possible shift in the threat landscape.

The return to simple extortion is likely one that will be here to stay and potentially grow given the recent prominence of Marketo, as well as lessons learned from Cl0p’s activities. This potential shift in the threat landscape should be a call for action to identify exposed documents and ensure proper data storage proactively. A daunting task for any organization; this means identifying where assets are exposed and what the entire attack surface might look like.

Extortion scenarios and table-top exercises need to incorporate situations outside of traditional ransomware. Business continuity plans and other incident response scenarios around data loss need to be documented, updated, and put into practice occasionally to ensure they even work. Finally, organizations need to understand where the “crown jewels” are so that in the event of a compromise, or even through daily operations, they can better understand what the potential risk is and how it might affect the enterprise if the jewels are stolen.

Digital Shadows proactively monitors breach sites such as Marketo while also catching the chatter on dark web forums and marketplaces. We can help you understand the context of some of these attacks and adversaries because we’ve been watching them. If you’re also curious about who these groups are and how they’re working today, you can check out Searchlight for seven days to see if it works for you or contact us for a demo of our capabilities.

Tags: data breach / data leak site / Data Loss / Extortion
We use cookies on our website to give you the most relevant experience by remembering your preferences and repeat visits. By clicking “Accept”, you consent to the use of ALL the cookies. However you may visit Cookie Settings to provide a controlled consent.