Vulnerable smart contracts and fake blockchains: What do investors need to know? 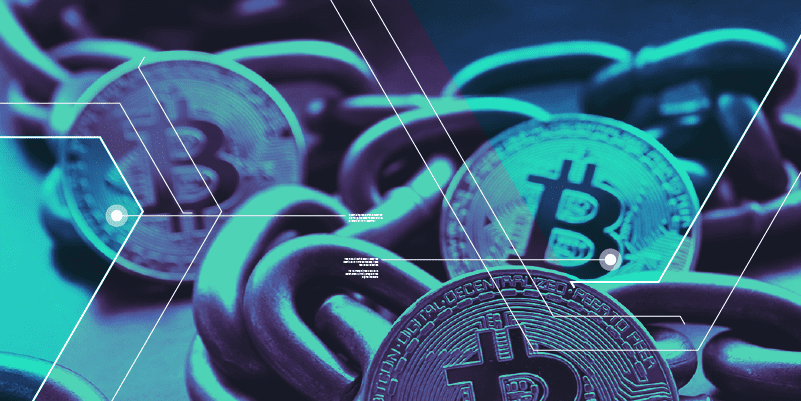 Well, here we are again. Another blog on a topic that’s often spoken about but little understood: cryptocurrency. Cryptocurrency-related decentralized finance (DeFi) is seeing unprecedented interest from retail and institutional investors alike. Both the cybercriminal-friendly Bitcoin and Ether, the token for the Ethereum blockchain, have hit all-time highs this week. The price of cryptocurrency tokens such as Solana and Cardano has exploded in recent months. And so-called “meme” coins like DogeCoin and Shiba Inu are attracting an ever-increasing number of retail investors to the scene. More and more money is pouring into the cryptosphere, and if you’re a regular reader of this blog, you’ll know that where there’s money, there’s crime. While DeFi grants users greater financial “freedom” by removing the influence of centralized institutions like banks, investors often have no legal recourse if they lose their funds through fraud or a hack. In this blog, we’ll look at one of the many ways cybercriminals seek to profit from this space: by exploiting vulnerabilities in smart contracts.

What are smart contracts?

Essentially, a smart contract is a binding agreement between two parties written in code that can execute itself (i.e., it does not require a third party to enforce it). For example, a smart contract could be programmed to release payment once someone confirms receipt of delivered goods. You couldn’t break the terms of the contract without breaking the code in which it is written. Compare this to a non-smart contract, such as a lease for an apartment. Although it would be unwise, there’s nothing that actually stops you from not paying your rent on time. You’ll suffer consequences, sure, but the piece of paper on which your lease contract is written doesn’t actually enforce the terms – a bailiff does. It’s the same with eating food at a restaurant. You enter into a verbal contract with the patron to pay for what you’ve eaten, but the police will have to get involved if you try to dine and dash.

With some basic knowledge and the requisite capital, anyone can write a smart contract on popular blockchains such as Ethereum or Binance Smart Chain; qualifications or advanced coding skills are not required. As a result, authors may write contracts that they do not realize are vulnerable, just as a poorly written law might have unintended loopholes in it. As you can imagine, cybercriminals seek out vulnerable smart contracts, often exploiting the contract so that they receive the funds locked into it. As there’s no central authority to which victims could appeal, there’s no way for them to get their funds back.

Cybercriminal outfits often comprise various threat actors with specialized roles, and those looking to exploit smart contract vulnerabilities are no different. It’s a large and highly specialized ecosystem. There are threat actors who discover vulnerable contracts, those who develop and execute exploits for these vulnerabilities, and others who direct unsuspecting investors into entering into these contracts. We found one user on a prominent cybercriminal forum advertising their services as a “smart contracts hacker for hire” (see Figure 1). They sought a partner to identify vulnerable contracts for them, acknowledging that “finding contracts is not a simple process.” Forum threads relating to uncovering and exploiting these vulnerabilities receive lots of attention from users, and articles on the topic usually place highly during forum articles competitions.

Smart contracts written on newer, less time-tested blockchains are even more vulnerable. Insecurities could allow attackers to steal exposed wallet API keys, flood the network with spam transactions (a sort of blockchain DoS), and carry out 51% attacks (when a individual or group gains control of over 50% of a blockchain’s mining power), which could all result in investors being unable to withdraw their funds, or even in the draining of these funds into attackers’ wallets. In this case, even if your smart contract is coded correctly, if the blockchain on which it is written is vulnerable, so is your contract. This is a serious and widespread problem, although some protocols are doing their best to keep their code clean. In October, the company behind Polygon, a protocol and a framework for building and connecting Ethereum-compatible blockchain networks, paid a record USD 2 million bug bounty to an ethical hacker who discovered a flaw in the network. This flaw could have allowed an attacker to release more than USD 850 million in funds.

It’s important to do your due diligence before you use a smart contract. Examine the code in which the contract is written for anything that looks untoward or erroneous, such as a spelling or calculus mistake. Like non-smart legal contracts, one small typo in the code could have massive ramifications; it could allow for arbitrary code execution, or could simply release more funds than you expected. If you don’t understand the code, get a trusted and capable entity to do it for you. Reviewing the code should always be possible: DeFi smart contracts are open-source, so an inability to review the code is a huge red flag. You should also find out whether the blockchain has a record of previous dodgy dealings (does it have a solid bug bounty program, or was it previously involved in scandals?) or is a favored target of cybercriminals.

We’ve all heard that cryptocurrency is volatile and that investors stand to lose all their funds. One of the reasons for this volatility, aside from the widely speculative nature of the market and the fluctuations in global mining power, is the fact that the cryptosphere is very much a Wild West, in which anyone, provided they have the know-how and the capital, can create a blockchain. There really isn’t much to stop adversaries from creating an intentionally insecure blockchain. They can then encourage victims to enter into easily exploitable smart contacts or carry out so-called “rug pull” attacks, in which the blockchain’s creator manipulates the market by holding a large proportion of the blockchain’s coin supply, artificially inflating the value of the coin as the available supply to other investors decreases, and then selling off their holdings before the market can react. In traditional finance this would be known as insider trading or market manipulation.

An established user on one Russian-language cybercriminal forum recently sought partners with “experience in creating their own coins and PR for them” with the aim of getting a “meme” coin listed on a cryptocurrency exchange (see Figure 2). This threat actor likely intended to conduct a “pump and dump” scheme or rug-pull attack.

We also observed one forum user commenting on how easy it was to get a coin listed on an exchange. They wrote that it would be enough to provide a positive impression of a coin to an exchange and then “provide BNB 300 [USD 167,821] to their liquidity pool”. Several forum members have also provided guides on using a freshly listed cryptocurrency to conduct airdrop scams, a sophisticated phishing attack whereby malicious tokens generate fake error messages that redirect holders to phishing pages.

And it doesn’t stop there. Provided an adversary has sufficiently developed social engineering and marketing skills, they can get unwitting investors to buy coins for “cryptocurrencies” that don’t even have a blockchain. There are numerous articles on cybercriminal forums that tell users how to construct fake blockchains and market them to (mostly retail) investors. Perhaps the most famous example of such a scam is OneCoin, a Ponzi scheme promoted as a cryptocurrency by Bulgaria-based offshore companies that defrauded investors out of billions from 2014 to 2016.

Aside from making their own dubious blockchains, some attackers seek to create intentionally malicious smart contracts on established blockchains such as Ethereum or Binance Smart Chain. In September 2021, one forum user offered USD 2,500 for an “Ethereum smart contract developer” to write a script that would automatically withdraw balances from Ethereum wallets. Again, if you end up the victim of such an attack, there’s no running to law enforcement to get your funds back – that money is gone.

Even the exchanges themselves are at risk. In March 2014, Mt. Gox, a massive Bitcoin exchange, filed for bankruptcy due to legal action by traders, who had lost USD 460 million and alleged that their operation was fraudulent. Although the exchange initially claimed it had been hacked, the CEO was later charged for fraud and embezzlement. Even when exchanges are totally legitimate, cybercriminal bug hunters are constantly on the lookout for vulnerabilities within them. Digital Shadows recently found one cybercriminal forum user advertising a proof of concept for a two-factor authentication bypass vulnerability in a large cryptocurrency trading platform (see Figure X). The more money is loaded onto these exchanges, the more likely cybercriminals will be to target them.

In all situations, it is imperative that cryptocurrency investors educate themselves on the risks involved with cryptocurrency and the threat cybercriminals pose to cryptocurrency exchanges, blockchains, and the smart contracts written on them. It’s worth reiterating that you are your own bank here – all the required reading and research that banks and their employees must take on is now your responsibility. Knowledge is power here, more than ever. Of course, it’s tough to keep on top of all the ways in which adversaries are seeking to part cryptoinvestors from their funds, but Digital Shadows constantly scours all corners of the dark web to make sure our clients are aware of the new angles of attack.

To stay in the know about recent cybercriminal developments, sign up to a 7-day free trial of Threat Intelligence with SearchLight. SearchLight clients receive real-time, actionable intelligence updates relating to new attack types, including analysis from our team of global analysts and intelligence on new posts to platforms across open and closed sources.